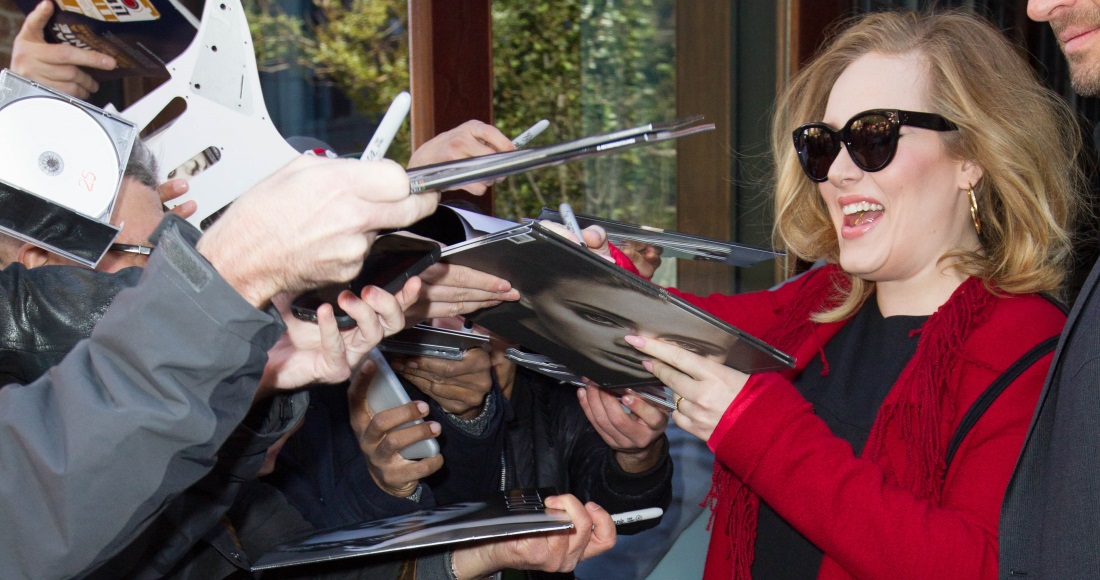 A year ago this week, Adele's third release 25 went straight in at Number 1 on the Official Albums Chart, hitting chart milestones and smashing records all over the world.

We look at the impressive stats that have earned 25 its place as an instant classic.

25 is the fastest-selling album of all time

25 sold an amazing 800,307 copies in its first chart week, more than any other album ever managed. This beat a previous record by Oasis, who'd sold 695,761 copies of Be Here Now in its first chart week, despite being on sale for only three days. While Oasis did sell 813,000 in its first seven days of sales, it's chart eligibility weeks that count toward the record books, putting Adele out in front. 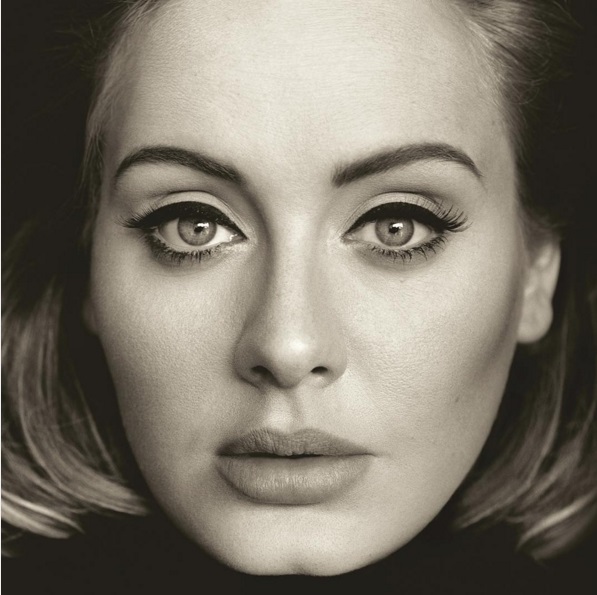 Not content with totally acing one year, Adele is pretty much on track to claim 2016's top selling album too – 623,000 copies finding their way to you this year so far. Blimey.

It may have only been in our lives a year, but its place in the annals of history is assured. Fewer than 30 albums in British chart history have sold over 3 million copies, but 25 is up there – an astonishing 3.12 million copies sold. Adele, we're running out of adjectives here to describe how massive this thing is; you need to cut us some slack.

25 has been Number 1 album four times

The album has spent a total of 13 weeks at the top – so far, anyway; this is Adele so anything can happen – over four separate occasions. Its longest consecutive run was at the end of 2015 and running into 2016. View 25's complete chart run here.

Along with not budging from the Top 40 for its entire run, 25 spent 36 weeks in the Official Albums Chart Top 10.

Lead single Hello was the sixth biggest song of 2015, spending three weeks at Number 1, landing as the fastest-selling single of 2015, with 333,000 sales in its first week. Hello also broke a first-week streaming record, with 7.32 million listens. Follow-ups When We Were Young and Send My Love (To Your New Lover) hit 9 and 5 respectively.

It's the fastest album to sell a million copies

It's sold two million copies faster than any other

25 passed the two-million mark on its 29th day on sale. While we're here…

Seriously. It took Adele seven months to do it, passing the big 3 mil the week she headlined Glastonbury and returned to Number 1 for a fourth stint.

25 was the most popular entertainment release of 2015

Nothing outsold 25 in 2015. Nothing! Adele beat FIFA, Call Of Duty and Jurassic Park to be THE must-have release of 2015.

Thanks to 25, Adele was the queen of the 2016 BRIT Awards, taking home four statuettes for Best British Album, Best Single, Best Female Solo Artist and the Global Success Award.

Seriously, there are some big sales happening here

25 is certified 10x Platinum in the UK, and in the US has achieved Diamond certification status, with over 10 million copies sold. 25 has shifted over 20 million copies across the world.

So when it comes to downloads, how do the tracks on 25 shape up? Which are the most popular? No prizes for guessing the Top 3, but here goes… Hello has sold over 918,700 copies to take its place at Number 1! Could Adele be heading for a third million-selling single? It's looking good…

Relive every Number 1 album of 2016 so far in our gallery. Oh and would you look who the first one is. Uncanny!