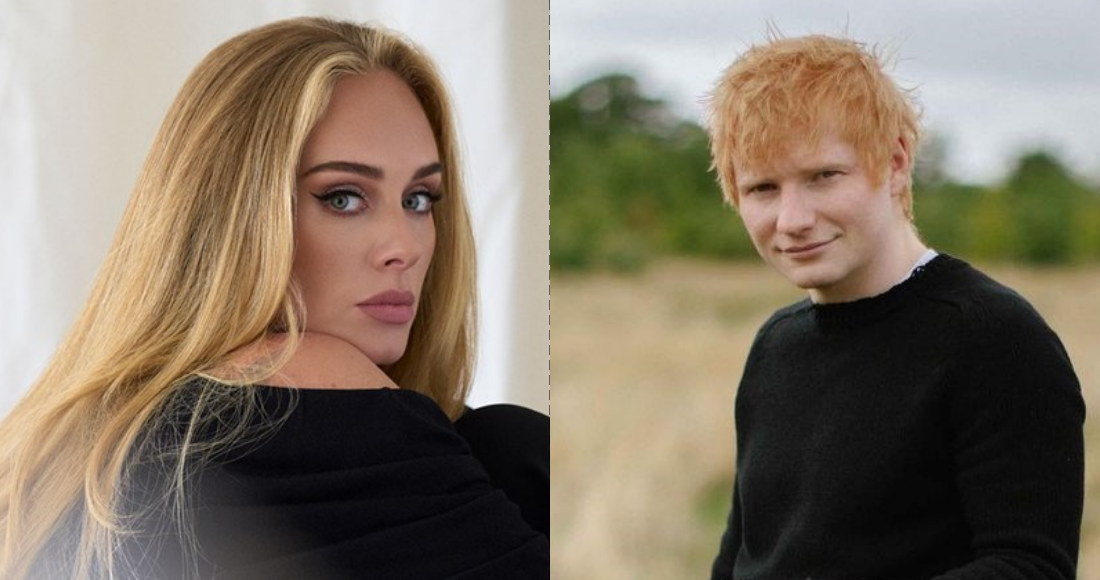 Adele and Ed Sheeran are set to battle it out once again for the top spot on the Official Singles Chart this week, with just 1,000 chart sales currently separating Easy On Me and Shivers. As it currently stands, Easy On Me remains on top for a possible fifth consecutive week at Number 1, but it could all change on the run up to Friday.

After several weeks of being on the precipice, this week could be the time for Becky Hill and Topic to finally ascend to the Top 10 with My Heart Goes (La Di Da), currently teasing a jump up to Number 10.

And finally, there could be two further new entries in the Top 20 this week; Little Mix eye up a Number 19 debut with new track No, as Juice Wrld’s Already Dead tracks to enter at Number 20.