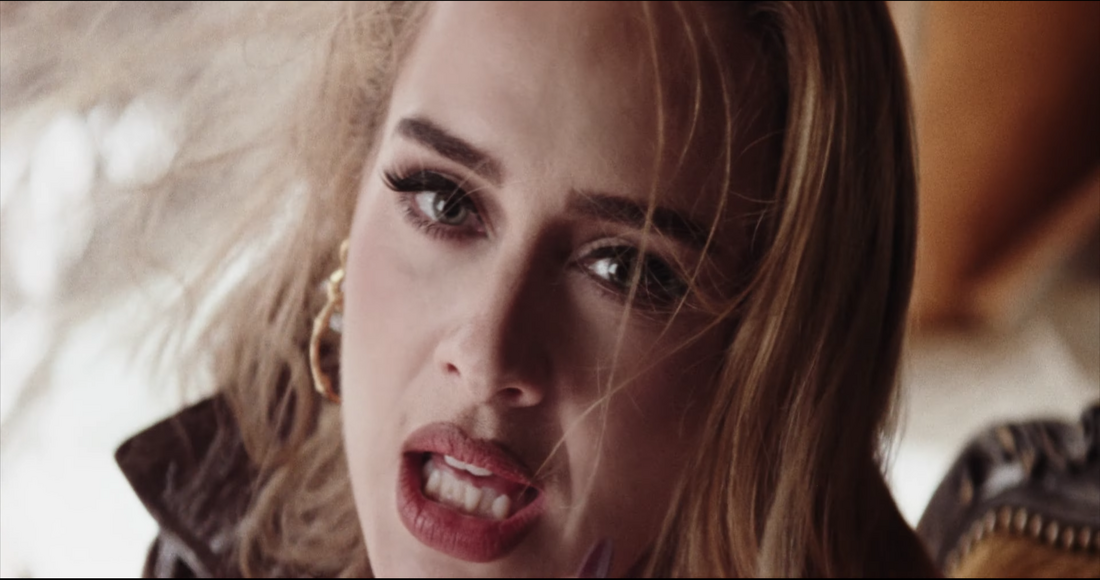 Adele secures a fourth consecutive week atop the Official Singles Chart with Easy On Me.

Easy On Me lands at Number 1 after another closely-fought battle with Ed Sheeran’s Shivers, which holds again at Number 2, with just 2,000 chart sales separating the two songs. Ed also has two further singles in the Top 10; Bad Habits (3) and Overpass Graffiti(6).

Meanwhile, this week’s highest new entry goes to Brighton rapper ArrDee, who debuts at Number 5 with Flowers (Say My Name). Not only is it the 19-year-old’s third UK Top 10 single in less than six months, it’s also his highest-peaking entry on the Official Singles Chart yet.

New in at Number 20 are Post Malone & The Weeknd with One Right Now – Post Malone’s highest charting single since 2019, and The Weeknd’s fifth Top 20 single this year - while Sam Fender’s Seventeen Going Under surges up 21 places to Number 22 making it his highest-peaking single yet.

There are yet more new entries from Travis Scott with Escape Plan (23), Summer Walker and SZA with No Love (24) and Silk Sonic’s Smokin’ Out The Window (28).

Finally, US DJ Acraze is up 21 places withDo It To It featuring girl group Cherish at Number 39, Acraze’s first UK Top 40 entry and Cherish’s second, and first in 15 years.