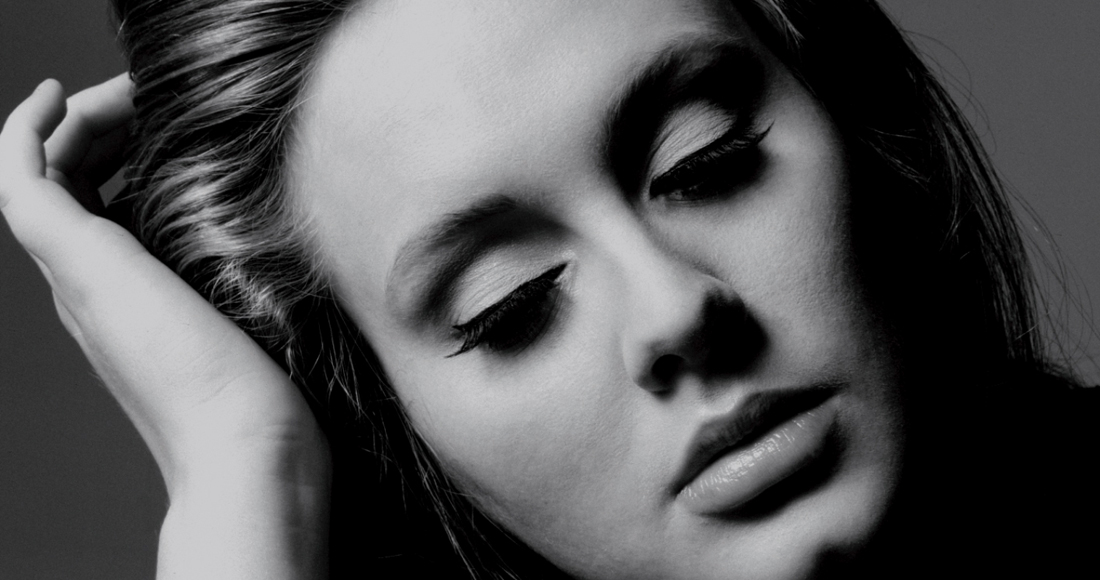 Adele is back on top today, as her record-smashing 2011 album 21 returns to the summit of the Official Albums Chart. Though up-and-coming US rockers Alabama Shakes had taken a surprise early lead in Wednesday’s Official Chart Update, Adele has since nudged back up to reclaim the top spot in 21’s 64th week on chart.

In doing so the Tottenham-born phenomenon overtakes the career records of music legends David Bowie and Dire Straits in the number of career weeks spent at Number 1 in the UK’s Official Albums Chart.  Adele currently enjoys a tally of 23 weeks, that includes the one week at Number 1 of her debut album, 19, plus 22 weeks for her current album. Bowie and Dire Straits each hold a joint 22 weeks.

If that’s not enough, 21 also leapfrogs classic albums by The Beatles as 21 spends its 22nd week at the top today, which is now one week more than both A Hard Day’s Night and With The Beatles achieved, both of which spent 21 weeks apiece at Number 1.

This news comes after a recent run of broken records by the London singer/songwriter, OfficialCharts.com recently confirmed that 21 is now the sixth biggest selling album of all time in the UK, having overtaken Michael Jackson’s Bad, Pink Floyd’s 1973 epic Dark Side Of The Moon and Dire Straits’ Brothers In Arms, all in a matter of weeks. See story here.

The Top 5 close the week as Nicki Minaj’s Pink Friday – Roman Reloaded at Number 2, midweek leaders Alabama Shakes’ Boys & Girls (Number 3), Jessie J’s Who You Are (4) and Emeli Sande’s Our Version Of Events (5).

West End star Ramin (16) takes a jump into the chart world this week.  Ramin might be a new face on the Official Charts, but he is known to millions the world over. The Iranian-born Canadian singer and actor has performed in such massive productions as Jesus Christ Superstar, Miss Saigon, Bluebird, Lord Andrew Lloyd Webber’s The Phantom of the Opera and Love Never Dies, and more recently as Jean Valjean in Cameron Mackintosh’s Les Miserables in London’s West End.

Ramin released his debut self-titled album earlier this week, which not only draws from his theatrical background, but also his rock roots with covers of Bryan Adams' Everything I Do (I Do It For You) and Muse’s Guiding Light.  Ramin scores a Top 20 debut on this week’s Official Albums Chart,therefore we feel it’s high time you were introduced. watch a video interview with him below.

Counting Crows Underwater Sunshine – Or What We Did is new at 23, while elsewhere, MTV Unplugged – Florence & The Machine finishes at 27.

Click here to see the Official Albums Chart Top 100 in full after 7PM.