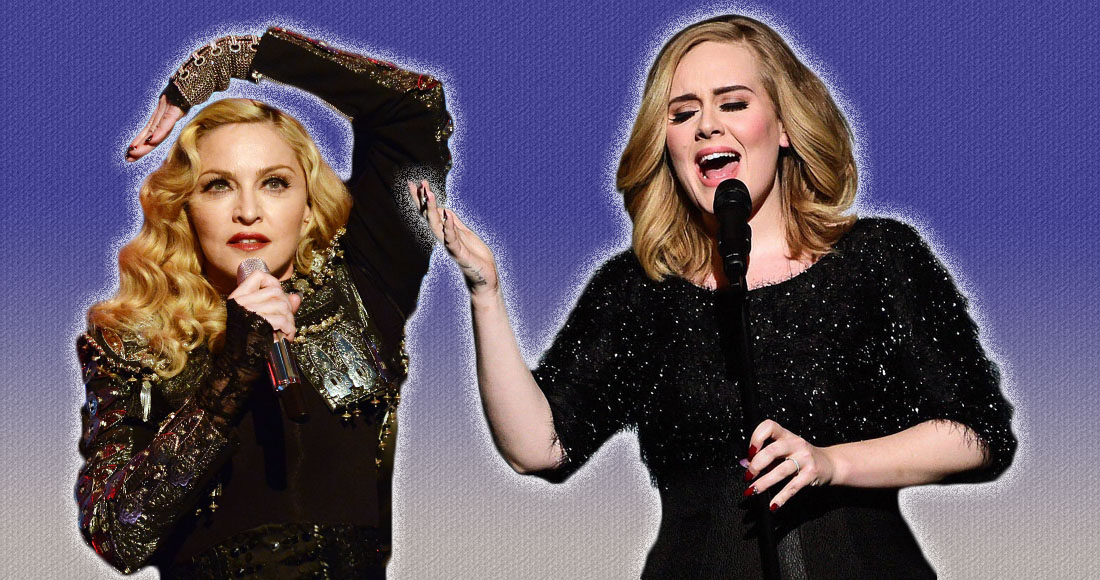 If this week's Official Chart Update is any to go by (and trust us, it's accurate), Adele is looking very likely to end her consecutive seven-week run at the top of the Official Albums Chart with 25 this Friday (January 15).

And while we're sure she'll have no problem handing the baton over to whoever tops this week's chart (almost certain to be David Bowie's new album Blackstar), she may be pleased to know she's bagged herself yet another Official Chart Record.

Adele now holds the title for the most weeks at Number 1 on the Official Albums Chart for a female act ever across all her releases, overtaking previous leader Madonna.

Over the course of Adele's three albums, she's so far racked up 31 weeks at the summit, compared to Madonna's 30 across her 12 chart-topping records.

Meanwhile, Madonna has a huge 12 chart-topping records, with her 1990 retrospective The Immaculate Collection spending the most time at the summit at nine weeks. Look through Madonna's full UK chart history here.

The pair are also way out in front of other successful female acts when it comes to weeks at Number 1. Barbra Streisand's albums have spent at total of 19 weeks at the top in the UK, while Celine Dion has logged 18 weeks and Dido 17 weeks. And with both acts seemingly not planning on calling it day any time soon, we suspect they'll battling this out for some time yet...