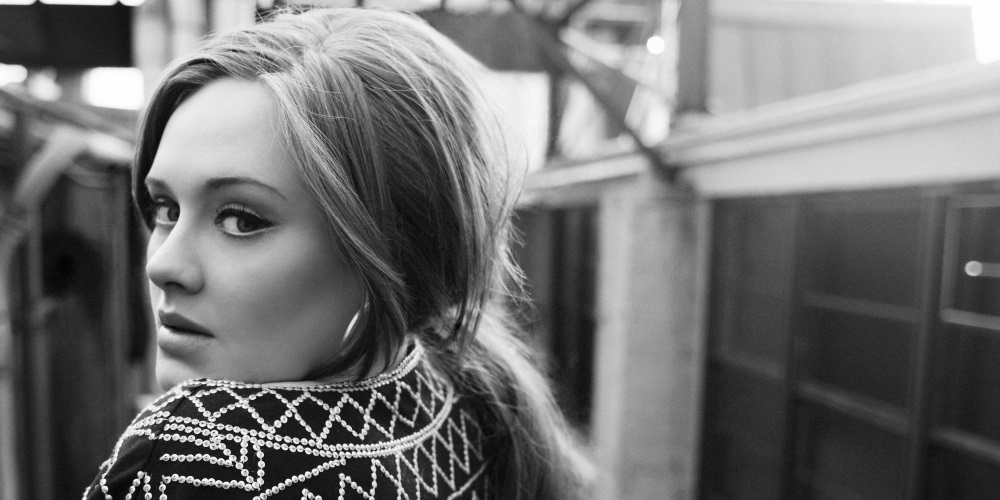 Adele’s 14-times platinum album 21 today returns to the summit and in doing so equals UK music legends Queen and Oasis in terms of number of career weeks spent at Number 1 in the Official Albums Chart, the Official Charts Company can confirm.

The unstoppable Adele hit the headlines earlier this month when 21 became the longest chart-topping album release in 42 years (see story here).  21 today knocks Bruno Mars’s Doo Wops & Hooligans off the top spot to return to the summit yet again for its 20th non-consecutive week in first place since its release just a year ago.  The album has accumulated a massive 3.86 million unit sales to date.

Combined with the one week that Adele’s debut album, 19, spent at Number 1, the Tottenham-born singer/songwriter has now notched up a career total of 21 weeks at the peak of the Official Albums Chart, equalling achievements made by both Queen and Oasis.  Whereas the Brit rockers took nine and eight albums respectively to hit their totals of 21 weeks apiece in the top slot, 23 year old Adele has catapulted towards this impressive tally in the space of just her first two albums.

21 remains the longest running Official Number 1 album for a solo artist in UK chart history, and the sixth longest-running Number 1 album overall; a record surpassed only by Simon & Garfunkel’s Bridge Over Troubled Water, and The Beatles’ records 'Please Please Me', 'Sgt. Pepper’s Lonely Hearts Club Band', 'With The Beatles' and 'A Hard Day’s Night'.

The Official Charts Company also recently confirmed 21 as being as the biggest selling album of 2011, having shifted a staggering 3.77m copies across the calendar year, outselling the Number 2 album Michael Buble’s Christmas, by nearly three copies to one. See full Top 20 biggest selling albums of 2011 here.

In an echo of last week’s upturning of The Maccabees’ early lead, on Wednesday it was St Albans rockers Enter Shikari who were midweek favourites to take the top prize on the Official Albums Chart with their third album, A Flash Flood Of Colour.  However, an incredibly tight race in the latter half of the week saw consistent big hitters Adele (1), Ed Sheeran (2) and Coldplay (3) overtaking, but with only a nail-biting 1,500 copies separating all four acts.

Put out via their own label, Ambush Reality, Enter Shikari’s new release has closed the week in a respectable fourth place today, equalling their highest chart position originally set by debut studio album Take To The Skies (2007).  Theofficialcharts.com spoke to Enter Shikari bassist Chris Batten, guitarist Rory Clewlow and drummer Rob Rolfe about the making of the album this week. You can watch the full interview here.

Elsewhere, it is Simon & Garfunkel’s Greatest Hits who claim this week’s highest climb inside the Top 40, jumping fifteen places to Number 33.  Florence & The Machine’s former Number 1 album, Ceremonials, also climbs back upwards thirteen places to re-enter the Top 10 at Number 8.

Camden grunge rockers Tribes have scored a Top 20 debut release with Baby, entering today’s Official Albums Chart at Number 20.  You can catch the band on the NME Awards Tour 2012 throughout February alongside the likes of Azealia Banks, Metronomy and Two Door Cinema Club.