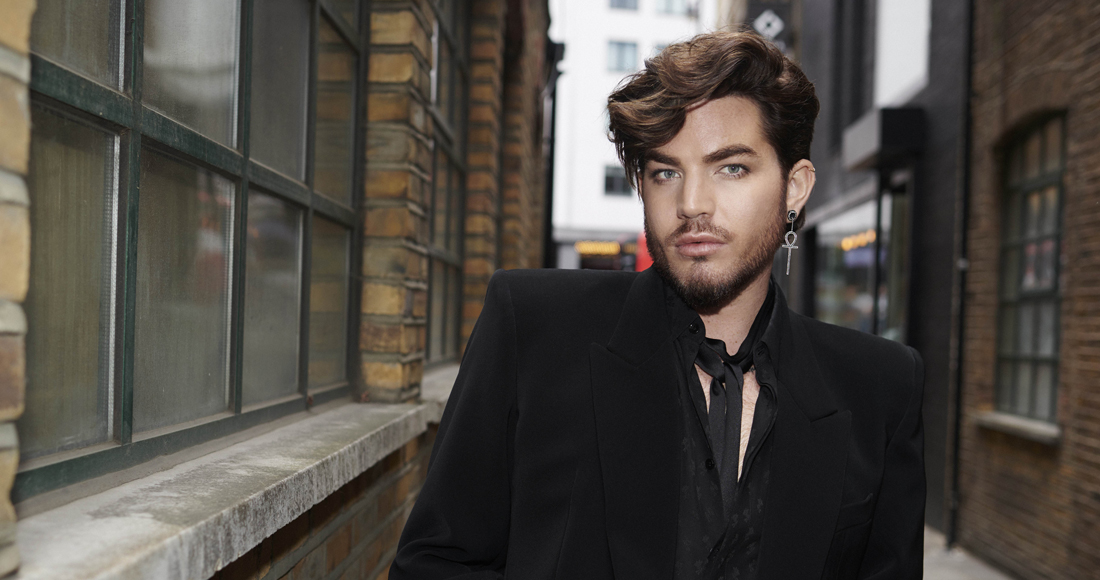 On his first album in four years, Adam Lambert has swapped the dance-pop bangers that dominated his first three records in favour of something - we're just going to say it - funky.

The singer-songwriter's fourth album Velvet, which is expected to be released later this year, blends funk, disco and '70s glam-rock. It's a dramatic switch up from his last album, the Max Martin-produced synth pop collection The Original High, which debuted inside the Top 10 in 2015. As such, he's slowly warming fans up to his new sound with the release of taster songs New Eyes and Comin In Hot.

In the latest episode of our podcast Official Charts: Take The Hit, Adam explained: "The traditional playbook for a releasing a new album is you lead with the song which is your biggest and boldest and craziest. I've rejected that formula this time because we're in 2019 and the rules are sort of out the window.

"I decided to trust my instincts and not make it as much about the game and the hustle and singles."

The change in direction comes after a decade in pop, after finding worldwide fame in 2009 when he finished second place on American Idol.

"This time around I'm doing it in a slightly more organic way, in the way that we've produced the tracks. They're very based on the instruments. I like studying art and history and getting a lay of the land when it comes to music... what influences what."

Discussing the album's lead track New Eyes, he explained: "There's a little bit of Prince and there's a blues thing going on," adding: "This song and the rest of the album is influenced partially by that, and partially by me seeing and playing the Top 40 game over the last ten years and getting a little bit frustrated how everything starts to sound the same. So much of the industry tends to follow and copy.

"I started listening to a lot more alternative music. They might not be huge giant hits, but it's still widely regarded as great music and great bands."

He continued: "It's not necessarily about one song but about them as a group or artist and the big picture and their influence as an artist. Bands like Tame Impala or The Black Keys... they've had their moments with songs but they're known for creating a [certain] style of music that's in their own lane, and they've influenced a lot of other artists, including me."

Adam also revealed fans can expect "high energy music" on the album, including a track called Super Power which will be released in September.

"It feels really comfortable," he said of the album's direction. In the past I've definitely had singles where I've gone to perform them and... it's harder than I thought. I had to figure out how to perform them live. With New Eyes, there's an effortlessness to it. It's supposed to feel comfortable, like someone is hugging you.

"I'm just trying to grow the album for people. I'm warming everybody up."

In the latest episode of our Official Charts: Take The Hit podcast Adam talks about his ongoing world tour with Queen, reveals the one big regret in his career so far, and tells us when he last told someone to f**k off (!).

> Listen to Official Charts: Take The Hit on Apple Podcasts

> Listen to Official Charts: Take The Hit on Spotify - preview below