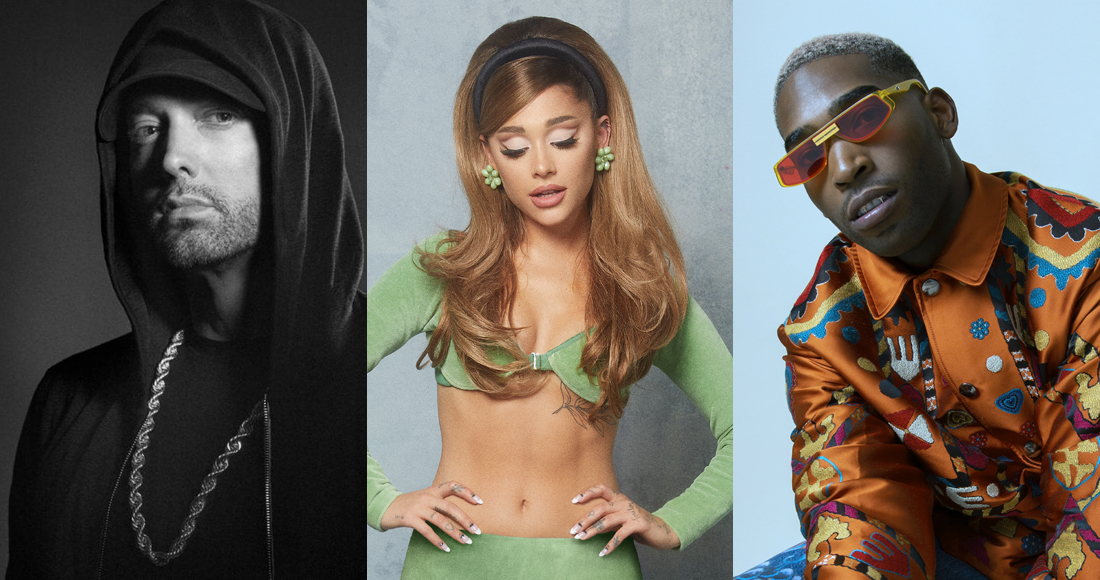 While it’s true that most songs are growers, revealing their full potential after multiple listens, some are undoubtedly showers – tracks whose connection with the masses is near-instant.

When it comes to the charts, the sign of a true shower is landing straight in at the top of the Official Singles Chart. Just over 530 songs have scored a Number 1 debut in the Official Charts’ 68-year history, its regularity ebbing and flowing over the years.

Singles tended to climb to Number 1 in the early days of the Official Chart, but by the early 2000s it was commonplace - in 2003, 19 of 22 Number 1 songs that year debuted at the top. Recent years have seen that number drop significantly; the introduction of streaming and the scrapping of a six-week build up to a single release (yes, this used to be a thing) means hit songs have a tendency to climb rather than make a splash in their first week.

In 2018, five songs debuted at Number 1; in 2019 is was just three, while the number has increased slightly this year to eight.

Westlife claim the most Number 1 debuts on the Official Singles Chart, with all 14 of their chart-toppers landing there in their first week. Their first was in 1999 with Swear It Again, followed by a mighty six consecutive Number 1s, with their most recent being 2006’s The Rose.

Behind Westlife, by quite a margin, are fellow boyband Take That, with ten of their 12 chart-toppers debuting at Number 1. The group had to wait until their eighth single, 1993’s Pray, to gain their first Number 1, but they were near-unstoppable from then, scoring their last in 2014 with These Days.

Three acts have managed to land eight Number 1 debuts, Eminem, Oasis and Spice Girls, with the latter scoring them in quickest succession at five years.

Five acts are close behind are close behind on seven chart-topping debuts, most recently Ariana Grande, who lands straight in at Number 1 on this week’s Official Singles Chart with Positions.