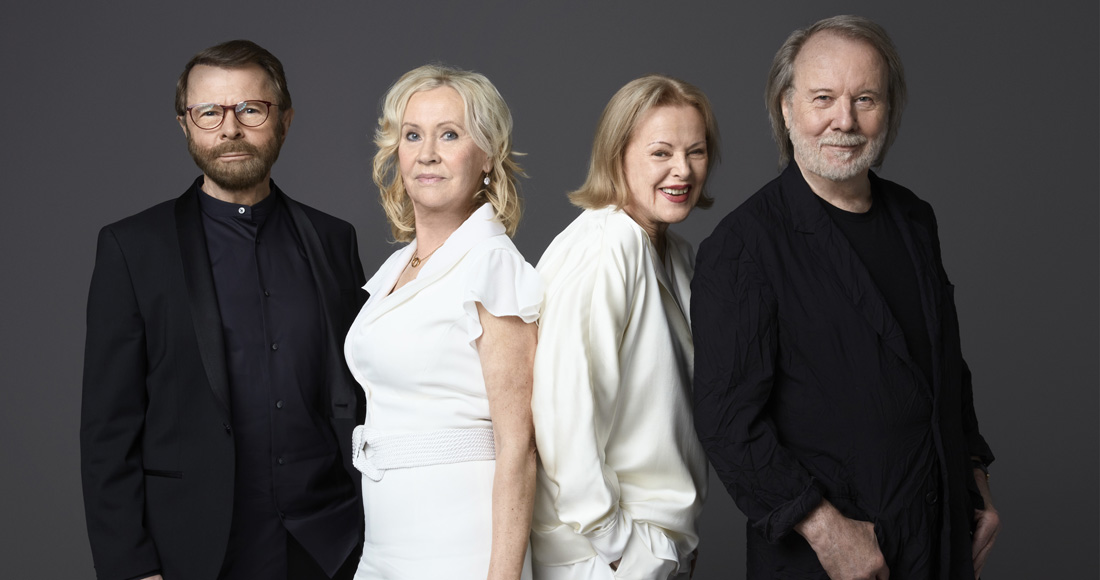 ABBA are well and truly back as Voyage charges straight in at Number 1 on the Official Albums Chart.

Racking up 204,000 chart sales in its first seven days, Voyage is the fastest-selling album of 2021 so far, and earns the biggest opening week on the UK’s Official Albums Chart in four years, since Ed Sheeran’s Divide.

Their tenth Number 1 record in the UK, Voyage is the renowned group’s first studio album to top the Official Albums Chart in 40 years – though two hits collections, The Singles and Gold both managed the feat in between.

It’s also the fastest-selling album released by a group in eight years, since One Direction’s Midnight Memories back in November 2013 – indeed, ABBA are only the fourth act in the past decade to surpass 200,000 UK chart sales in release week – the others are Adele’s 25 (November 2015) and Ed Sheeran’s Divide (March 2017).

Celebrating the news, ABBA tell OfficialCharts.com, “We are so happy that our fans seem to have enjoyed our new album as much as we enjoyed making it! We are absolutely over the moon to have an album at the top of the charts again!”

MORE: All The Number 1 Albums

Voyage’s total is made up of 90% physical copies, including 29,900 on vinyl, which makes it the fastest-selling vinyl release of the century, overtaking the 24,500 first-week vinyl sales of Arctic Monkeys’ Tranquility Base Hotel & Casino in 2018.

This also marks ABBA’s 58th total week as UK Number 1 on the Official Albums Chart – only two other acts in history have spent more weeks at the top, The Beatles and Elvis.

Additionally, with ten Number 1 albums to their name, only seven other acts have notched up more UK chart-toppers than ABBA:  The Beatles, Elvis, Rolling Stones, Robbie Williams, Madonna, Springsteen and David Bowie.

Elsewhere in the Official Albums Chart, James Arthur earns his fourth Top 3 album with It’ll All Make Sense In The End, debuting at Number 3. Radiohead are at Number 4 with Kid A Mnesia, a joint reissue of Number 1 albums Kid A (2000) and Amnesiac (2001), and now their eighth Top 10 collection.

Rounding off the Top 5 is US singer Summer Walker with her second album Still Over It - her highest UK chart placing to date at Number 5.

Musical icon Diana Ross lands at Number 7 with Thank You, her first Top 10 album in 26 years, and US Jazz singer and songwriter Gregory Porter finishes at Number 8 with Still Rising: The Collection which is his fifth UK Top 10 album.

Welsh heavy metal rockers Bullet For My Valentine bow at Number 13 with their self-titled seventh studio album, their sixth Top 20.

Finally Snail Mail - the solo project of US indie rock guitarist and singer Lindsey Jordan - lands at Number 35 with their second studio album Valentine, Jordan’s first ever Top 40 record in the UK.