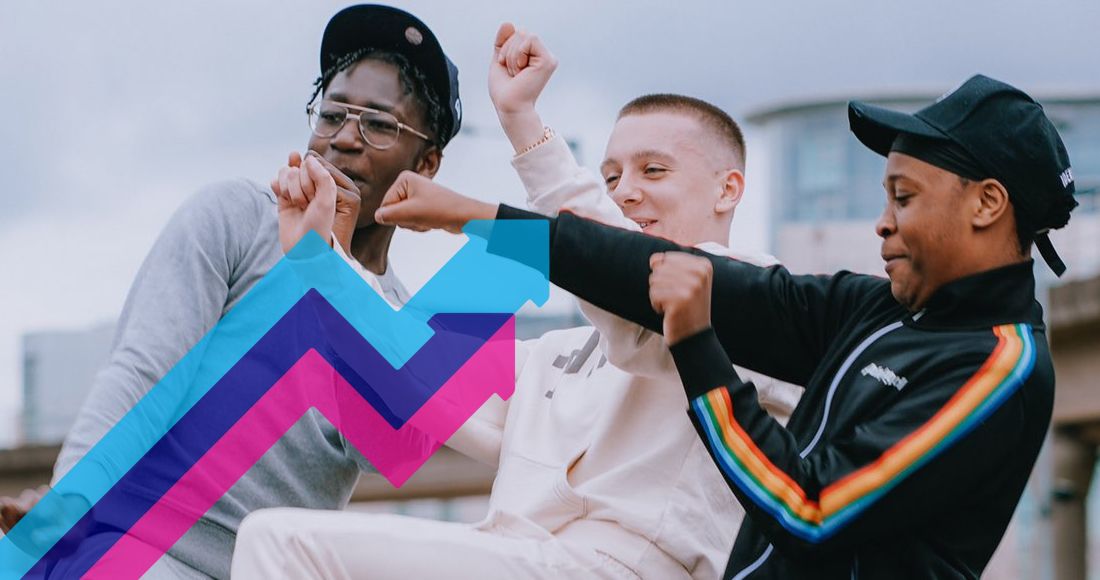 A1 & J1 climb to Number 1 on the Official Trending Chart with Latest Trends, following the release of a remix with Aitch.

The duo have been steadily climbing the Top 20 with their debut single - originally teased by the young artists ahead of its release with a short clip previewed on TikTok in late 2020, boosting the song ahead of its official single release in February - since then it's continued to slowly rise ever closer to the Top 10.

On Thursday (March 11) Manchester rap star Aitch hopped on a remix of the track, already scooping 1.1m views on its official music video and over 2.2m streams in the UK alone this week. It's now a strong contender for this week's Official Number 1 single, having zoomed up ten places midweek to Number 2.

Meanwhile, KSI's electronic pop bop Patience featuring Yungblud & Polo G is performing well in its first week, eyeing up a Top 5 debut, while further brand new releases land on the Trending Chart from Central Cee with 6 for 6, and On The Ground by Blackpink member Rosé - the South Korean-New Zealander's debut solo release.

Tom Grennan climbs with Little Bit of Love and Let's Go Home Together with Ella Henderson following the release of Evering Road - which is on course to be this week's Number 1 album - while Rag'n'Bone Man and D-Block Europe & Raye are also seeing big gains at this midweek point.