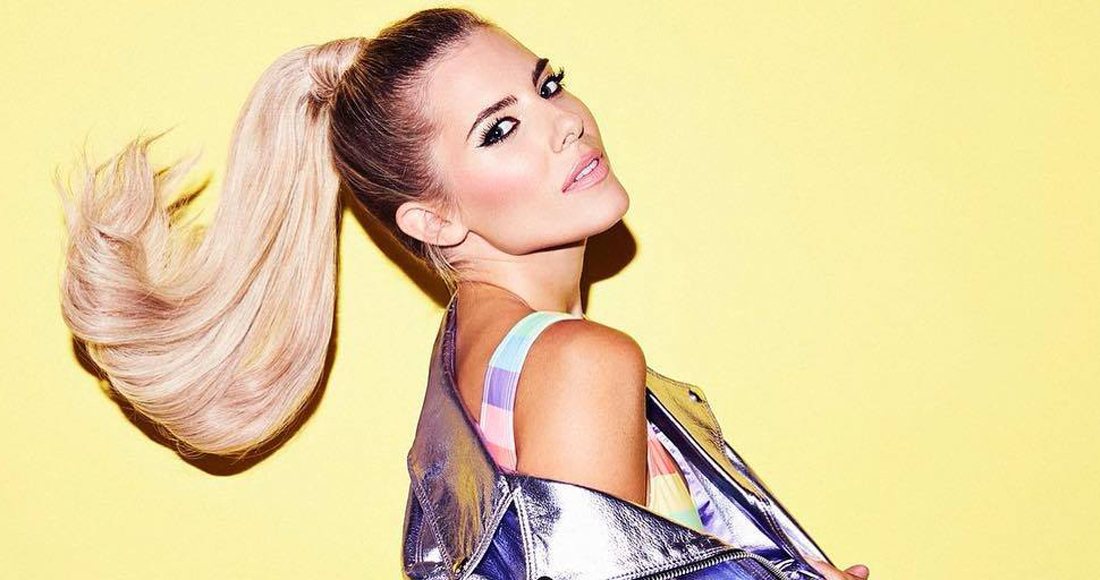 Mollie King is a popstar who properly loves pop music. As soon as she walks into a meeting room at her label Universal for our interview, we’re in deep discussion about Little Mix’s new track with CNCO, Reggaeton Lento. “Don’t you think it’s just so good?” she says, almost bewildered. “I honestly can’t get enough of it at the moment.”

As a lifelong advocate of pop bangers and contributor to at least six as part of The Saturdays, Mollie is finally releasing one of her very own today (Sept 1), the sax-blasting and super struttable Hair Down. The track sits at the opposite end of the pop spectrum to her melancholy solo debut Back To You, and as she puts it, “is the start of a new era”.

Fittingly, she’s teamed up with fellow pop connoisseurs Xenomania for the song, the production outfit led by Brian Higgins who worked on the majority of Girls Aloud’s catalogue, plus a handful of Saturdays tracks including one of their biggest, All Fired Up.

Was Hair Down a song you’d been working on for a while, or one that landed in your lap just recently?

“I’ve worked on with Xenomania on this song and many others, but we’ve been putting this together for months because they work in a completely different way… they piece together songs and sort of build them up over time.”

Which bit of Hair Down came first then?

"We had the line for the chorus first which we all agreed sounded like such a banger, so then we needed good verses and a pre-chorus. Actually, we recorded the ‘na-na’s’ first, because we did that ages ago, and decided to pair it with the Hair Down chorus, and then it all started coming together. I was working with them on it for a good couple of months overall.”

And how many songs did you make in that time?

“We probably made seven or eight songs. The album is very nearly finished.”

It feels like Xenomania could be having a bit of a moment again, doesn’t it?

“Yes with Nadine [Coyle] as well! Her song is absolutely fab, it’s so good.”

Who, apart from Brian, is involved with Xenomania these days?

“It’s Brian [Higgins] and loads of other people. The people I worked with were Florrie, a writer called Sarah who was really brilliant and another guy called Ben. There’s lots of other writers from all over the place on it, which is something I love about it as well.”

Including yourself, of course.

“Yes totally – after the ‘na-na’s’ were recorded and the chorus came about. I loved the pre-chorus we had written - I love that part – but Brian didn’t think it was going to work as a verse. We ended up finding a verse and like magic it somehow led perfectly into that pre-chorus.

“I find it so amazing how Xenomania work because it’s just so unique. Brian has this ear where he knows how things fit together. When you meet him, you feel like you’re meeting a legend. He’s a real character.”

We’ve heard in the past that Xenomania productions can be quite a taxing process.

“It’s definitely a unique process and you have to be willing to put the time in. It’s probably a longer process because you’re recording so much. But hopefully if you put the work in, you get the results. Brian’s passion is so infectious as well. If we had a moment where we didn’t agree on something, it was still great being in the same room with someone who is as passionate about pop music as I am.”

Plus you have history with him, having worked on a few Saturdays songs…

“They did All Fired Up and What Are You Waiting For and an album track called Get Ready, Get Set. I always wanted to release that song as a single but no-one would hear of it!”

You should definitely record solo version of it on your album.

“Can you imagine? The girls would all be like, ‘Hmmm, didn’t we do this already?!’

Is an album on the horizon yet?

“Yes I think so. I want the album to have consistency and for the songs to flow into one another. There will be a couple of other tracks on there I did before I worked with Xenomania, because I love them, but most of it will be Xenomania, so it’ll have that ‘feel’ to it. It’ll be coming out after my next single, which comes out at the start of next year, then the album after that.

Hair Down is a song that brings the party On reflection, do you think it would have made for a better lead single than Back To You?

“Oh I love that, it brings the party whether you want it or not! With Back To You, my reason for putting it out first was because it was very much what I was going through at the time and I wanted to give my audience something real – and it was my favourite song.

“Hair Down definitely feels like an introduction to a new era. I feel like this song represents me and what my album and stage show will be like: super pop, really feel-good, something you can listen to on a night out and have a fab time. I hope people literally do let their hair down to it.”

What sort of party person are you? Are straight to the dancefloor, propping up the bar or hiding behind the curtains?

“I am always that person that’s straight on the dance floor. You know when everyone else is easing themselves into it at the bar? I’m the other person who is pulling people to the dance floor with me. I’m usually the last person off it as well. I’m basically having a work out when I go out dancing.”

What is one song that never fails to get you on the dance floor?

“Pussycat Dolls Don’t Cha usually does it. And any Britney, obviously. Toxic is the one. Or any song that I know the words to….”

The release of Hair Down is also well timed for your imminent stint on Strictly Come Dancing. Please confirm that you’ll doing a Samba to it at some point in the show?

“We so should do a samba version of Hair Down for Strictly. Don’t test me on all the different dance names though – Strictly is a whole new world for me! There’s so much to learn. It’s madness. The costumes, hair and make-up are very me, so I’m totally in my element there.

“So far all we’ve done is group rehearsals. We had an express class on the Waltz, the salsa and Charleston. The Charleston is so hard, I’m praying I don’t get that one in the first week.”

How would you describe Hair Down if it were an alcoholic beverage?

“Maybe a Cosmopolitan. A bit classy, but fun.”

“That’s good! A frozen one? That works for me.”

Mollie King's new single Hair Down is out now.