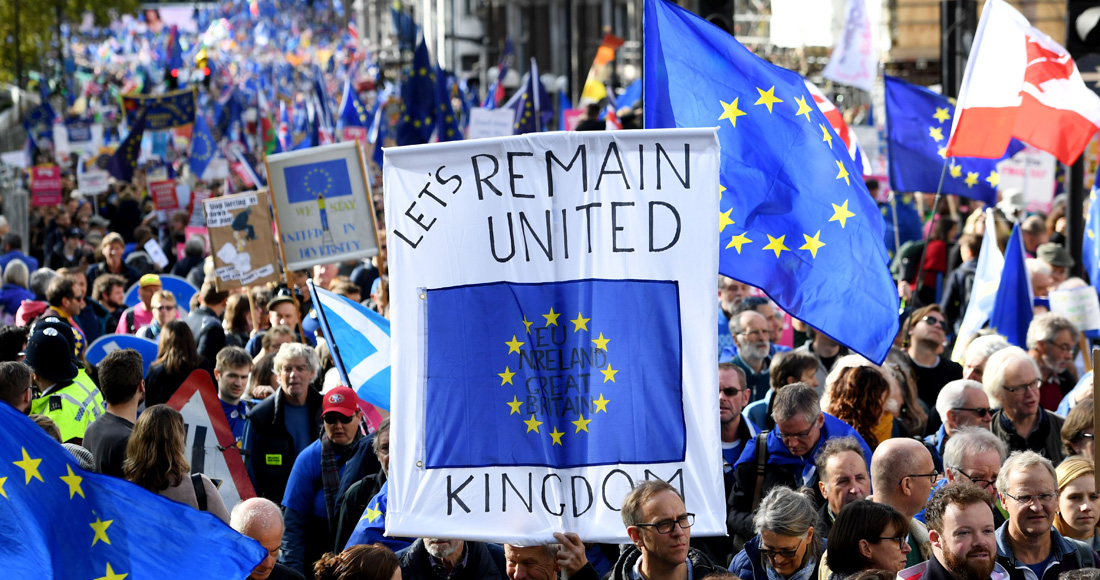 A campaign by pro-Europeans to get Ode To Joy into the UK’s Official Singles Chart on the day the country departs the European Union is gathering momentum.

In today’s sales flash (Jan 28), Andre Rieu’s rendition of Beethoven’s Ode To Joy – which was adopted by the Council of Europe as its anthem in 1972 – zooms into the Top 100 at Number 58 and is currently third most-downloaded song of the week.

According to Official Charts Company data, the song is currently 1,200 chart sales away from entering the Top 40.

Lib Dem MEP Caroline Voaden is one of the Remain campaigners encouraging people to download the song, hoping to get it to Number 1 on this week’s Official Singles Chart, which is announced on Friday, January 31 – the day we exit the EU.

Remainers have chosen a live version performed by the Dutch conductor, accompanied by the Johann Strauss Orchestra. The song features on Andre Rieu’s Best of album My Music – My World, which was released last September.