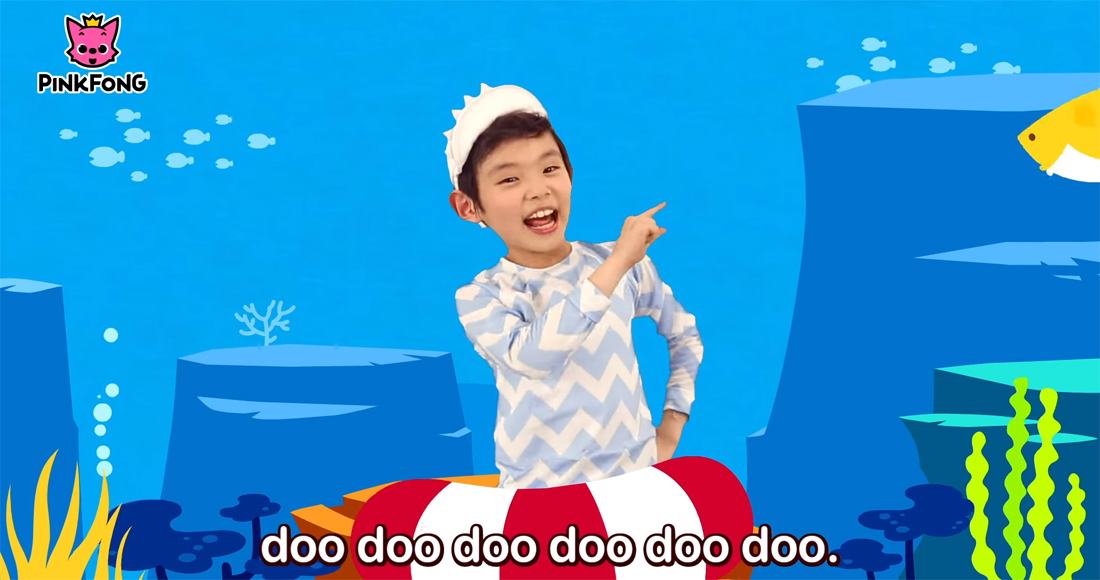 Pinkfong Presents: The Best Of Baby Shark is released on November 30 and features all of Pinkfong's catchiest songs.

The 17-track collection opens with its namesake viral hit followed by a stack of fan favourites such as Jungle Boogie, The Penguin Song and Vroom Vroom Family.

Baby Shark first entered the Official UK Top 40 in September at Number 37 and has so far spent a total of seven weeks in the chart, peaking at Number 32.

The original Pinkfong video for Baby Shark, uploaded in 2016, is close to 2 billion views and is the 33rd most-viewed YouTube video of all time. Since its release it has been enriched by dance challenges and cover videos from bands including Blackpink, who were the first female K-pop Group to ever reach the Official UK Top 40.

See the full tracklist below: