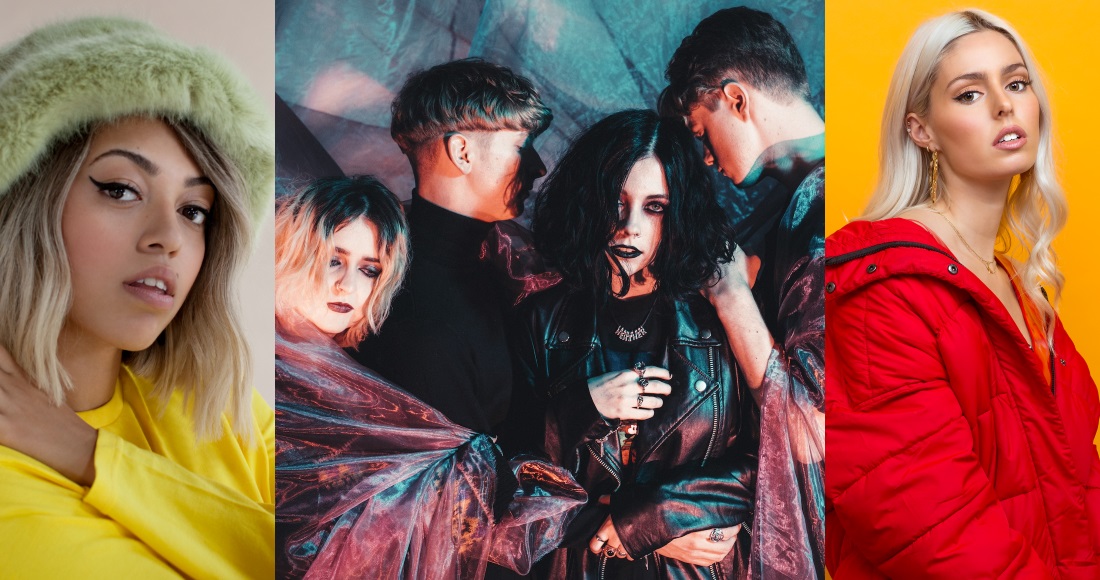 It feels bizarre that almost half-a-year has already passed. It feels even more bizarre when you realise that we’re now entering festival season, too.

With this in mind, we’ve deep dived into our new music playlists to bring you some of our favourite new acts that might just be the soundtrack to your summer at your favourite festivals.

Who: A graduate from the Clive Davis Institute of Recorded Music at NYU, anaïs’s upbringing was somewhat nomadic. By the age of 15, she says she’d lived on three continents, which, while difficult, help her learn to empathise and understand a myriad of different cultures. Her music is inspired by artists like Nina Simone, Lauryn Hill, Bob Dylan and Nas, and, like those artists, she meditates on how the personal intersects with the political.

What they say:“I try to make music that doesn’t discriminate,” she told i-D. “Music that’s really humanist at its core.”

Who: Described as an “explosive young popstar”, Call Me Loop certainly fits that bill. The UK-born singer was raised on Christina Aguilera, Beyonce, Rihanna and Justin Timberlake, and her music is brimming with the same enthusiasm for pop that made all those names megastars. She’s been singing and performing since she was five, and even used to go to popstar summer camps as a kid. Music became the priority, though, after she finished university. Her latest single, Give ‘n’ Take is the sort of breezy pop song that makes you want to roll the windows down and blast it out loud. It’s the perfect summer bop.

They say: “I’m inspired by relationships, which I guess is the same for most artists. Romantic relationships, professional ones, friendships [and] women x men relationships on a more general level,” she said to Superhero Magazine.

Who: Dream Wife’s sound has been described as a hybrid between David Bowie and Madonna, which sounds pretty good to us. Hailing from Brighton, the group, made up of Rakel Mjöll, Alice Go and Bella Podpadec, are a force to be reckoned with. They released their debut self-titled album in January, and their music has a fiery DIY element that makes you want to thrash about to guitar bangers with them. They even did a badass music video featuring the stars of Pro Wrestling: EVE.

They say: “We can be angry and enjoy it. We can be sexy. We can be vulnerable, but also empowered,” they said to DIY. “We’ve tried to show all those faces within this album.”

Who: Grace Carter is a 20-year-old singer songwriter from Brighton making soulful and emotive pop music that takes you on a journey. It’s a journey that traverses frustration, heartbreak, honesty and pain. In other words, it’s music that’s lived in, full of experiences and often beautiful.

They say: “Not everyone has the ability to put their emotions in to words,” she told The Line of Best Fit, “and I think that's what makes songwriting/music so powerful."

Who: A 24-year-old rapper whose music has a classic, wavy and laidback feel, and whose lyrics are sharp, articulate and masterful. He’s currently building up to the release of his debut EP, Nobody Cares Till Everybody Does, and has just been on tour with Ady Suleiman.

Who: Making a name for himself after he shared his debut song Aurelia on to Soundcloud, 22-year-old Tom Tripp is making sophisticated pop soul. Influenced by his Nigerian heritage, he interpolates afro-beats with emotive and frank songwriting, often producing his music all by himself.

They say: “I’m just happy that people are really feeling the music despite not knowing much about me,” he said to Wonderland. “That’s what it’s about. Making people feel something. I feel blessed for all the support and love people have been showing.”

Who: 19-year-old Mahalia is making some the slickest and soulful R&B around. While she’s been signed since she was 13, she’s taken her time working on her music and honing her craft. Lyrically she’s brazen and confessional, while musically things are old school and smooth.

What they say: “The one thing I want people to take from my music is a sense of honesty,” she explained to THEKLA. “I always aim to be honest, real and relatable, My biggest fear is for someone to listen to my music and think I’m not being truthful.”

Who: London-born Liv Dawson is just 19 years old, but already she’s worked with some of the biggest names in British music. Her debut single was written by Olly Alexander, and she’s worked with Disclosure, Tobias Jesso Jr., HONNE and Jimmy Napes. Her latest single, Talk, is as confident as pop comes. Liv Dawson could be the popstar to give Dua Lipa a run for her money.

They say: “Someone described my music as when you’re having a shit day or feel a bit crap and you come home and sit in front of the fire with a warm blanket,” she said to Clash. “My music represents that warm blanket.”

Who: Signed to Dirty Hit, the record label founded by Jamie Oborne, the manager of the 1975, Pale Waves have more in common with their label mates than meets the eye. The group, fronted by Heather Baron-Gracie, have been taken under the 1975’s charismatic frontman’s wing. Matty Healy has taken Pale Waves on tour of the United States, co-produced their first two singles and even directed the video for their track Television Romance.

They say: “We’re a band that’s influenced a lot by 80’s sounds but also love modern pop music. But we like to stay on the darker side of pop,” Pale Waves told Official Charts over email. The group also teased their upcoming debut LP: “We’re really proud of what we have so far for the album. We are surprising ourselves every day and can’t wait to share all the different sides to Pale Waves on this record.”