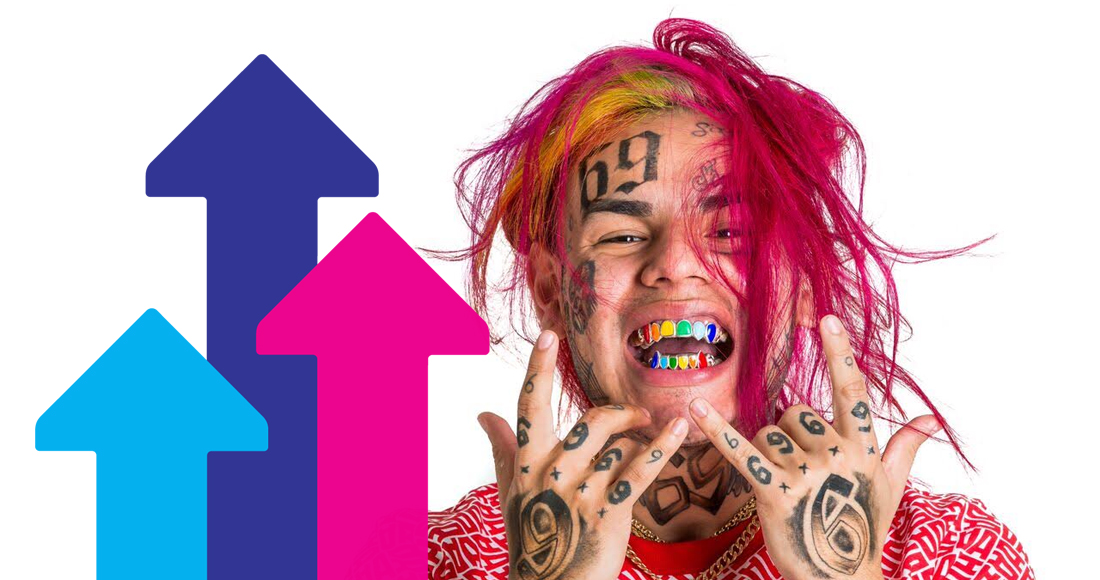 6ix9ine claims the Number 1 spot on this week's Official Trending Chart with the song Kika from his new album Dummy Boy.

The US rapper, who is currently in jail awaiting trial on charges of racketeering, released his debut album proper Dummy Boy last week. Kika ft. Tory Lanez and Mama ft. Nicki Minaj and Kanye West are proving the most popular from the collection, with Kika on course to enter the Top 10 on this week's Official Singles Chart.

Another song making waves this week is James Arthur & Anne-Marie's rendition of Rewrite The Stars from The Greatest Showman reimagined album, which is on course to surge into this week's singles Top 10. Arthur also features on this year's X Factor winner's single by Dalton Harris, The Power Of Love, which also features in the trending Top 20 following his victory last Sunday.

Elsewhere, Mark Ronson's new single with Miley Cyrus, called Nothing Breaks Like A Heart, is already making a strong impact this week following its release last Friday, and The 1975 feature with It's Not Living (If It's Not With You) and Give Yourself A Try as their new album A Brief Inquiry Into Online Relationships sets course for Number 1 on the Official Albums Chart.