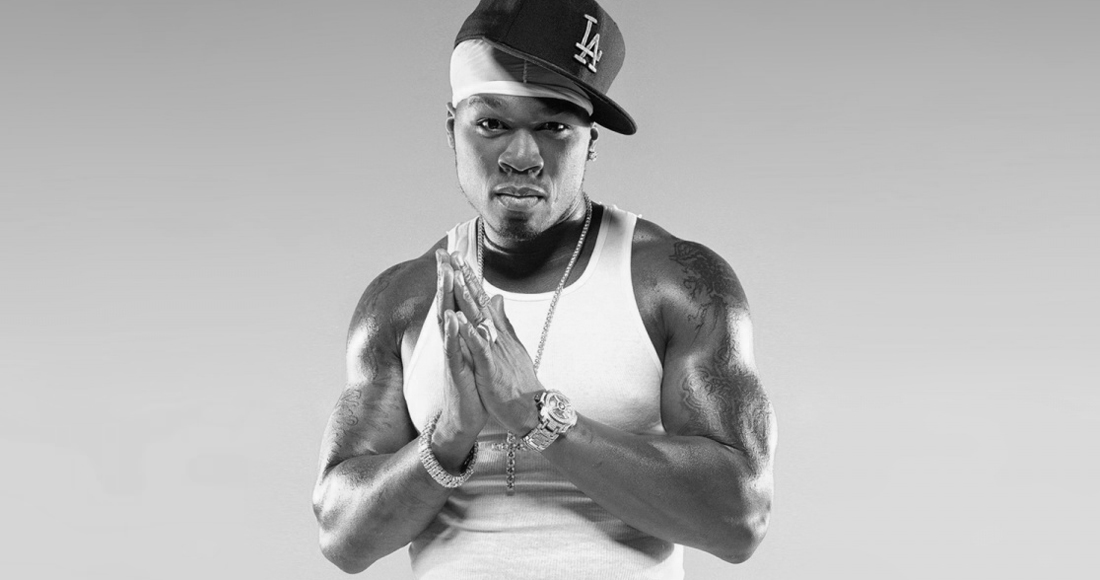 50 Cent is on course for his first ever Number 1 single in the UK, according to today’s Official Chart Update.

50 Cent’s latest release, My Life, which also features his mentor Eminem andMaroon 5’s Adam Levine, is the New York rapper’s first single as a lead artist since his 2009 Top 20 hit Baby By Me FT Ne-Yo.

My Life is taken from 50 Cent’s upcoming fifth studio album, Street King Immortal, which is slated for release on February 25.

Reigning chart king and queen Will.I.Am and Britney Spears are currently down one place to Number 2 with Scream And Shout, while Justin Timberlake ‘does a Bowie’ this week and blasts back into the public eye without warning.

The US superstar unleashed new track Suit And Tie FT Jay-Z to the world earlier this week, and is now set for a return to the Official Singles Chart for the first time in nearly three years. Suit and Tie is riding at Number 3 midweek, the last time the former 'N Sync star was in the UK Top 10 was guesting on Timbaland’s Carry Out in April 2010.

This week’s Official Chart Update Top 5 is completed by Taylor Swift’s I Knew You Were Trouble (4) and Rihanna’s Stay FT Mikky Ekko (5).

In addition to 50 Cent and Justin Timberlake, there are two other new entries on today’s Official Chart Update.

Black Chandelier, the first single to be culled from Biffy Clyro’s long-awaited sixth album, Opposites, looks set to debut at Number 11 on Sunday.

Meanwhile, Samantha Barks, who plays Eponine in Tom Hooper’s big screen adaptation of Les Miserables, debuts at Number 38 with On My Own from the film’s soundtrack album. Anne Hathaway, who plays Fantine in the film, scores this week’s highest climber with I Dreamed A Dream. The track, which was popularised in recent years by Susan Boyle, climbs 59 places to Number 21.

This week’s high climbers are completed by Ne-Yo’s Forever Now, up 29 places to Number 33, and Flo Rida’s Let It Roll, journeying 29 places northward to 33.