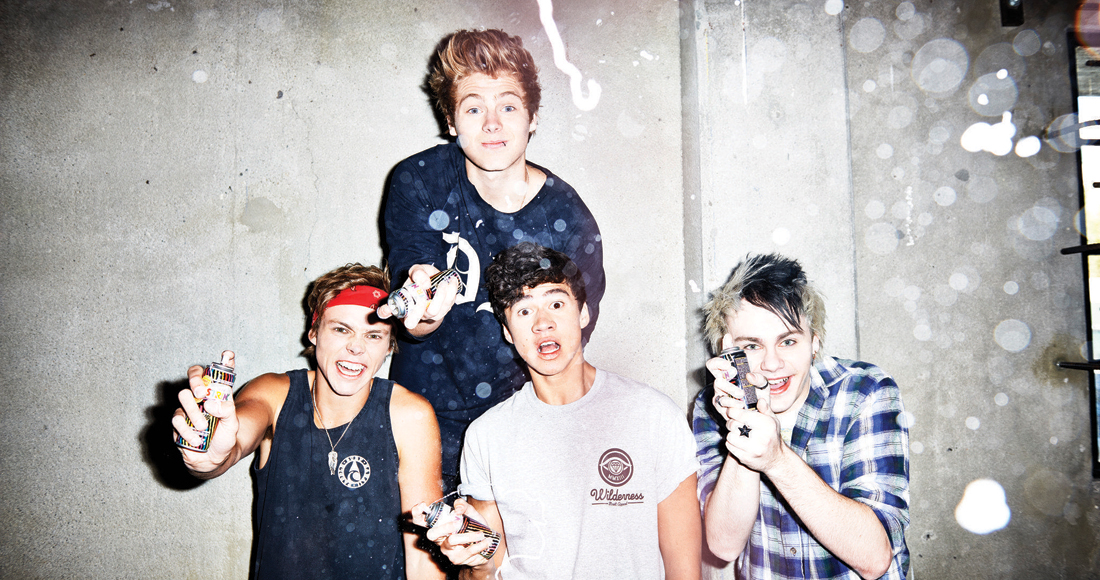 5 Seconds Of Summer set to score their first UK Number 1 single this weekend with She Looks So Perfect.

They’re coming!  5 Seconds Of Summer are set to debut at Number 1 on the Official Singles Chart this weekend with their first UK release, She Looks So Perfect.

Mikey, Luke, Calum and Ash, AKA 5 Seconds Of Summer, are a pop punk-loving quartet hail from Sydney, Australia, with an average age of just 18. 5SOS spent much of last year supporting One Direction on their Take Me Home world tour, with both Louis Tomlinson and Niall Horan professing to be massive fans of the group. Their debut single She Looks So Perfect is currently storming towards the top spot, outstripping their nearest rival by more than two copies to one.

After topping the chart in Belgium last year, and going Top 10 in several other European countries, French duo Faul & Wad Ad’s Changes is set to make its entrance on the UK’s Official Singles Chart this weekend. The track, which samples Pnau’s 2008 single Baby, debuts at Number 2 on today’s midweek update.

Reigning chart kings Duke Dumont and Jax Jones are down two places to Number 3 today with I Got U, while Dutch DJ/producer Martin Garrix teams up with Jay Hardway for Wizard (4) - the follow-up to his massive former Number 1, Animals. Route 94’s My Love FT Jess Glynne (5) completes today’s Top 5.

In addition to 5 Seconds Of Summer (Number 1), Faul & Wad Ad Vs Pnau (2) and Martin Garrix and Jay Hardway (4), there are three other new entries on today’s Official Singles Chart Update.

Sneakbo looks set to score his third Top 40 single this weekend with Dr Who (12). The track sees the British rapper teaming up with German producer Tujamo and house duo Plastik Funk for a reworking of their Euro club hit, Who.

German duo Dansson and Marlon Hoffstadt are on track for their debut UK Top 40 hit this weekend with Shake That (17), while Chris Brown is heading for his 17th with Loyal FT Lil Wayne (40).