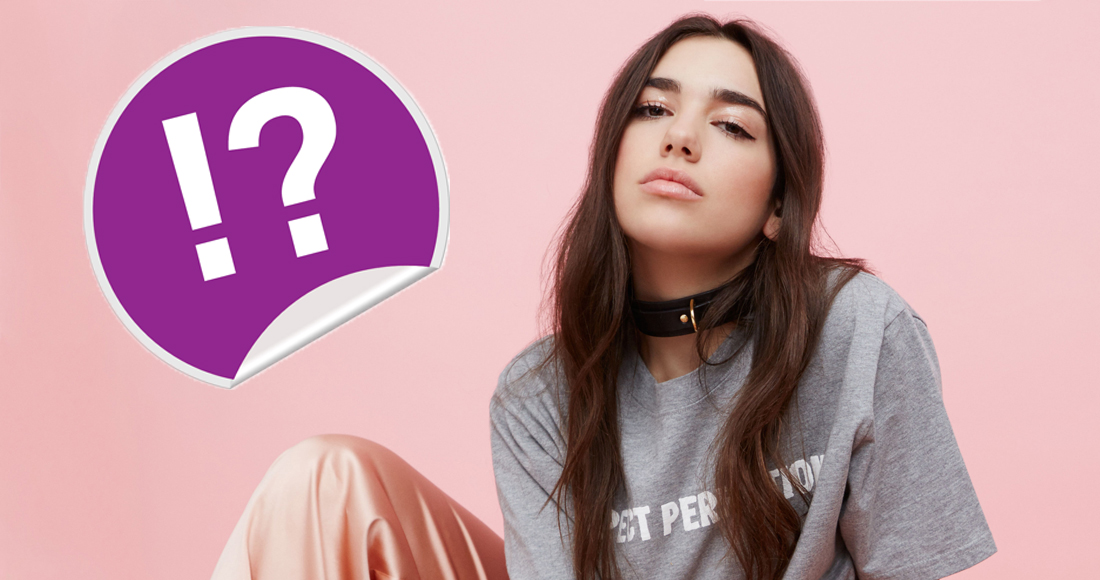 Music makes the people come together but if you're worried about getting lost in the crowd, knowing chart facts can elevate you slightly. Here are five of our faves from this week's Official Chart.

No need to apologise for Demi Lovato – Sorry Not Sorry is the highest climber on this week's Official Singles Chart, jumping 11 places to 16. With quite a few pop songs being about love and breakups, it's no surprise that sorry crops up quite often in song titles. It's excused itself all the way to the top four times: first was Connie Francis with Who's Sorry Now in 1958; then we had to wait 44 years for Blue and Elton John to make it with Sorry Seems To Be The Hardest word in 2002. Madonna was soon along in 2006 with Sorry, and then Justin Bieber completed the quartet in 2015 with his own version. Altogether 32 such apologetic tracks have made the Top 40.

MORE: All the "sorry" songs that ever charted!

Highest chart entry this week goes to J Balvin and Willy William's Mi Gente – yes, that's right, it's another foreign language smash looking to conquer the charts. While Despacito may be sitting comfortably at Number 1 for now, could another Spanish-language song – with a little bit of French in there too for good measure – topple it?

3. The day we put down our Umbrellas

A long stint at Number 1 is every artist's dream, but some fans don't like it when a track hogs the top spot. This week marked the 10th anniversary of Rihanna's Umbrella finally drying up, when Timbaland's The Way I Are did what no other song had managed to do for 10 weeks and knocked it off the top. What a hero. But which of them has sold the most? Timbaland is on 624,264 across all formats (including streaming), but RiRi? Well, if you include streams, she's topped a million, but even without, she beats Timba – 901,799 pure sales.

Dua Lipa is also a big climber this week, breaking into the Top 10 with new Rules. Rules are pretty rare on the Official Chart – well, most popstars don't like being told what to do, do they? 5 songs featuring "rules" have made the Top 40 with the highest charting being Status Quo's Break The Rules, which hit Number 8 in 1974 – we reckon Dua's in with a shot at smashing that soon, though! If you narrow it down to just one "rule", things change a little, as there are six more of those. Highest charting goes to Take That's Rule The World (2007) and Tears For Fears' Everybody Wants to Rule the World (1985) – both reached Number 2.

MORE: See all songs to feature the word "rule"

Each week we like to drop in an old face and see how it's been doing for sales and streams. We asked if you had any requests and well lookee here:

Soundtracking Britney's first reinvention, and doing wonders for python awareness thanks to Brit's MTV VMA performance of the song, I'm A Slave 4 U reached Number 4 back in 2001. To date, it's sold 231,000 across physical, digital and streaming equivalent sales. So far in 2017, it's notched up 970 downloads, including 39 this week, and it's been played 720,000 times (25,000 in the last seven days).

Got a chart fact you've been dying to know? Want us to look in a golden oldie for you? Tweet us using #ChartFact (funnily enough) and we might just pick yours!