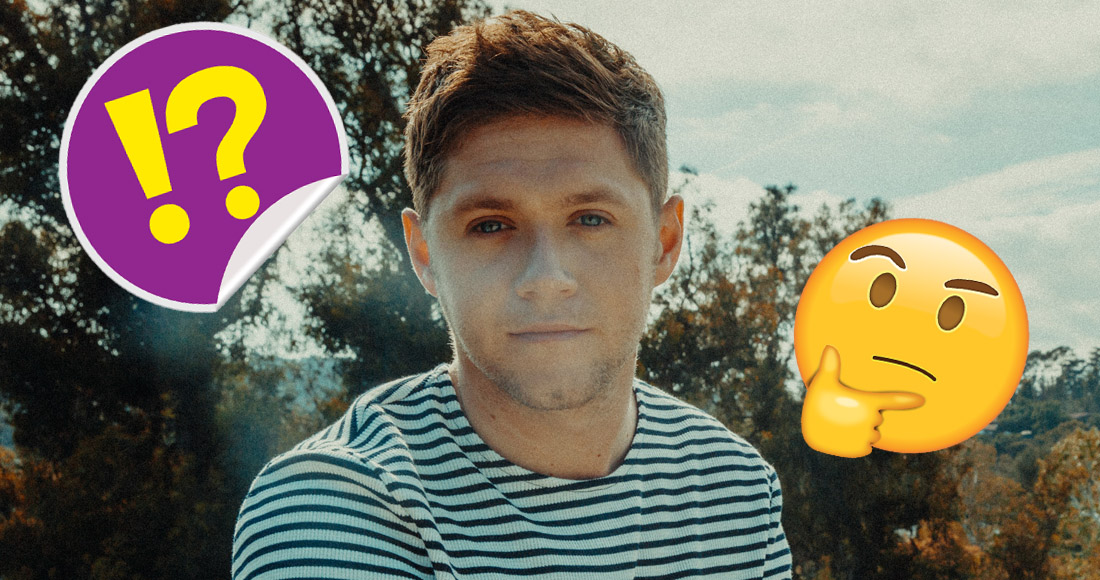 Brains are like sponges, so let's get yours sopping wet with our little nuggets of knowledge, thanks to our 5 random chart quirks, facts and highlights of the week.

This week's top zoomer is Charlie Puth's Attention, which is certainly getting plenty of that. The silken-tongued superstar vaults 15 places this week to Number 16, his third week on the chart as a whole.

We have a new Number 1 on the Official Singles Chart, thanks to Daddy Yankee, Luis Fonsi and Justin Bieber, who hit the top with Despacito. It's the first Number 1 by a Puerto Rican act since Ricky Martin and his hips swivelled all the way to the top with Livin' La Vida Loca in 1999. This also means Justin Bieber knocks himself off the top, as he also featured on DJ Khaled's I'm The One, last week's Number 1. The last act to knock themselves off the summit was… Justin Bieber! Love Yourself toppled Sorry in late 2015.

Highest brand new entry this week is former One Direction star Niall Horan with Slow Hands at Number 25. Believe it or not, Niall is not the first person to score a hit with a song of this name. Interpol got to Number 36 with their song in 2004. And if you drop a hand, Pointer Sisters got to Number 10 with Slow Hand in 1981.

MORE: See all occurrences of slow hands in the UK chart

20 years ago this week, Olive went straight in at Number 1 with You're Not Alone. A slightly different mix of the song had previously peaked at 41 in 1996. Many think Olive were a one-hit wonder, but they weren't – follow-up single Outlaw peaked at 14. You're Not Alone has sold 435,000 copies. 56 of you downloaded it in the last seven days, and the song regularly gets around 30,000 listens a week.

Iconic New Wave rockers Blondie return to the Official Albums Chart Top 10 for the first time in 18 years with Pollinator, new at Number 4. We like to dig into the archives to see how an old song has been doing, so what better track to choose than the band's 1979 classic Heart Of Glass. The track spent a month at Number 1 and became a million-seller, notching up 1.32 million sales to become one of the Top 75 biggest selling singles of all time. But that was then and this is now. In the last week, Heart of Glass has sold 181 downloads and has been streamed over 138,000 times. Ooh-ooh oh-oh indeed.

MORE: See all Blondie's UK hit singles and albums in their archive