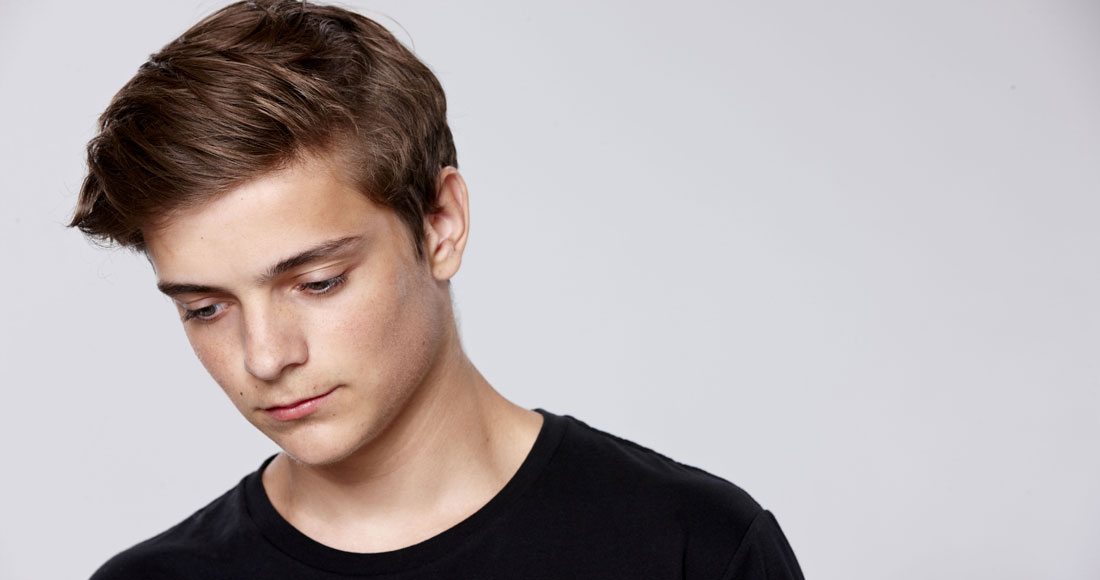 Martin Garrix is leading the race to this week's Official Number 1 single with Animals, while Lily Allen, Ellie Goulding and The Poppy Girls are headed for the Top 10.

After scoring a Top 10 smash right across the continent over the summer, Dutch DJ Martin Garrix now has his sights firmly set on the UK!

According to the Official Charts Company’s latest sales data, the 17-year-old’s debut single, Animals, has sold more than 67,000 copies so far this week, which puts it in pole position  on today’s Official Singles Chart Update. Should Animals maintain its momentum through to Sunday’s final whistle, Garrix will become the second youngest star to top the Official Singles Chart this year (after New Zealand singer/songwriter Lorde whose track Royals reached Number 1 three weeks ago while she was just 16).

Lily Allen’s breath-taking cover of Keane’s Somewhere Only We Know is new in at Number 2 today. The track features in the new John Lewis Christmas TV ad campaign which launched at the weekend. In related news, Keane’s 2004 original version of the track climbs 70 places to re-enter today’s Top 40 at Number 30.

Eminem’s former chart topper, The Monster FT Rihanna, slides one place to Number 3, while Little Mix are also down one to Number 4 with Move. Storm Queen completes today’s Update Top 5, sliding four places from Number 1 to Number 5 with Look Right Through.

Ellie Goulding’s How Long Will I Love You?, which is the official single of the BBC’s Children In Need for 2013, is at Number 6 on today’s Official Singles Chart Update.

The Poppy Girls are also headed for the Top 10 with their cover of Regina Spektor’s The Call (No Need To Say Goodbye) (Number 8). The track has been released as part of the Royal British Legion's annual Poppy Appeal and the girls – Megan, Florence, Alice, Bethany and Charlotte – each have a parent currently serving in the British armed forces.

Lady Gaga debuts one place behind them with, Do What U Want (9), the second single to be released from her new album ARTPOP. Robbie Williams is new in at Number 11 on today’s Update with Go Gentle, which is taken from his tenth album Swings Both Ways (out next week).

And finally, All Bad (Number 17) looks set to give Justin Bieber his sixth Top 40 hit in as many weeks, while The Killers’ Shot At The Night - one of the new tracks recorded for their best of collection, Direct Hits – enters at 25 today.