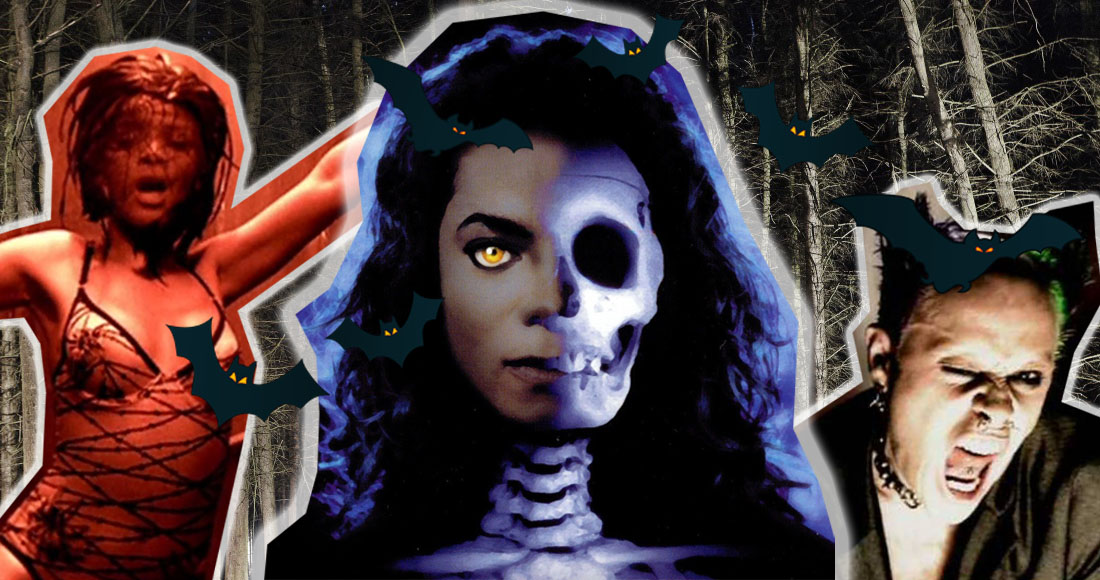 When you think of Halloween videos, your first thought is very likely to be iconic Michael Jackson's Thriller. As amazing as it is, there's got to be more creepy and ghastly music videos out there missing out on a slice of the pumpkin pie, right?

Of course there are! As the witching hour approaches, we're trowelling on the mascara, biting down on our plastic fangs, stockpiling enough toffee apples to last us until Easter and are ready to be seriously spooked. Without further ado, don't sit back and don't relax as we count down 13 of the wackiest, spine-chilling music videos ever created. MUHAHAHAHAHA.

OK, Thriller is the famous one and is certainly creepy, but when it comes to white-knuckle, behind the sofa chills, it's nothing compared to Ghosts. Co-written by iconic horror author Stephen King, packed with special effects and tunes from the King of Pop's HIStory album, this 40-minute (!) spookfest is the real thriller.

As most people know, Michael Jackson pops up on this 1984 one-hit-wonder too, although not in the video, which is basically the most terrifying walk-round of a house we've experienced since we spent an entire Saturday with a letting agent telling us that toxic mould in the bathroom was "an original feature".

Agreed, the audience turning into zombies is pretty freaky, but at least they weren't filming the gig on their phone instead of watching it wiht their eyes. Seriously, when are you going to watch that back? This one was Evanescence's second hit in 2003.

Don't you just hate it when someone crashes your civilised social gathering? Especially when it's the devil's cheerleader himself Marilyn Manson, who's brought a clutch of psycho-goths to wreck the joint and grope you all inappropriately. Marilyn's version of this track hit Number 5 in 2002 – 21 years after Soft Cell topped the chart with it.

Eurovision. Land of cheesy tunes, syrupy smiles, co-ordinating outfits and cutesy dance routines – oh, and a man who kind of looks like the actual embodiment of hell itself. Finnish rocker Lordi changed the face of the Eurovision Song Contest for ever in 2006 when he won the whole thing with this understated number. As for the video, loads of people kind of drop dead in it, so that's nice and seasonal.

QUIZ: How much do you know about Eurovision?

The second Number 1 for the godfathers of electropunk saw them try out their favourite Halloween costumes in a flat that could really do with a good clean. The reason frontman Keith Flint looks so angry? It's because he knows they'll never get their deposit back at this rate.

We were all afraid of monsters when we were little, but grownups always said they weren't real. Finally, MGMT gave us the proof we needed that the world is full of beasts who are out to get us when nobody's looking – although anyone who ever worked in customer services could tell you that. No inquisitive toddlers were harmed in the making of this video.

RiRi certainly got experimental with her looks on this, her 8th Top 10 hit in 2008. It's good job she's a popstar – you really wouldn't her serving you in a bakery with all that paint under her nails, would you?

It's hard to single out just one highlight from this 1994 hit. The pig's head spinning round on a stick? Trent Reznor tied up and blindfolded and running a bit low on clothes? A series of grim experiments? Perhaps one to watch once the kids have gone to bed.

Like most nights out in your local rollerdisco, things start out innocently enough. Before you know it, however, a Robbie song comes on – perhaps this Number 1 from 2000 – and you're ripping off your flesh and hurling it at rather overly enthusiastic cannibal models. Oh well, nice to grab a bite to eat when you're out dancing.

Daft Punk - The Prime Time of Your Life

Sometimes blood and gore has a serious side, and this 2005 video has a message about body image, and also features some pretty full-on skin-ripping, so be warned.

Cheerful five some allSTARS* took a turn to the dark side for their second hit in 2001, taking their lead from the super-creepy Blair Witch Project with plenty of night-camera closeups and gloomy outdoor shots. A far scarier fate would await bandmember Ashley, of course, as he ended up living in the murder capital of the UK – a little place called Hollyoaks, where he plays Darren Osborne.

Backstreet Boys – Everybody (Backstreet's Back)

Right, so this one isn't particularly chilling, but we couldn't end with a song that would give you nightmares. What's truly scary about this one is that we can still remember the dance routine 19 year after this track hit Number 3. Oh, and Nick's mummy outfit, too – we've all had to knock together a Halloween costume at short notice, haven't we? See all the Backstreet Boys' hit singles and albums (yeah-eh) in their archive.

Need some fancy dress inspo? Look no further than our ghoulish gallery of the best celebrity Halloween outfits: 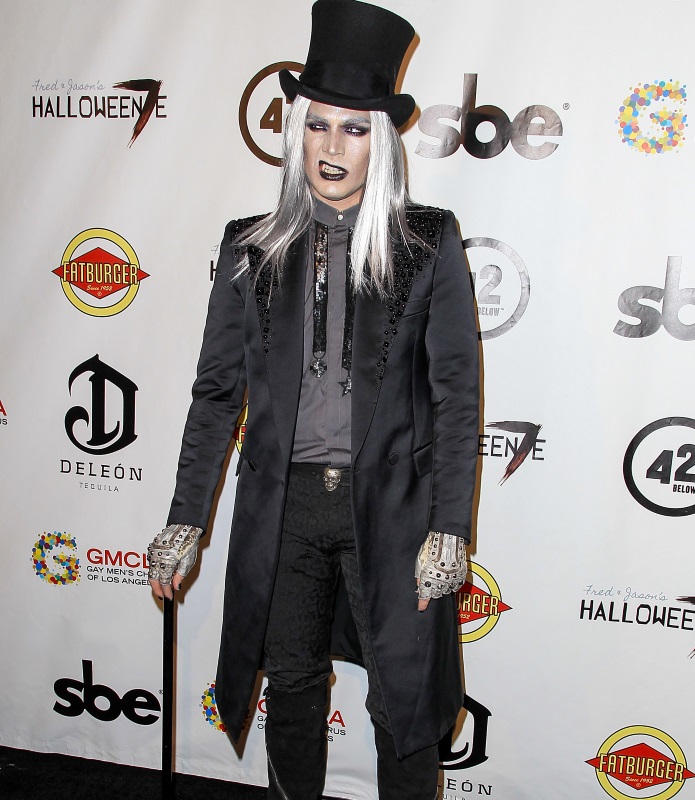