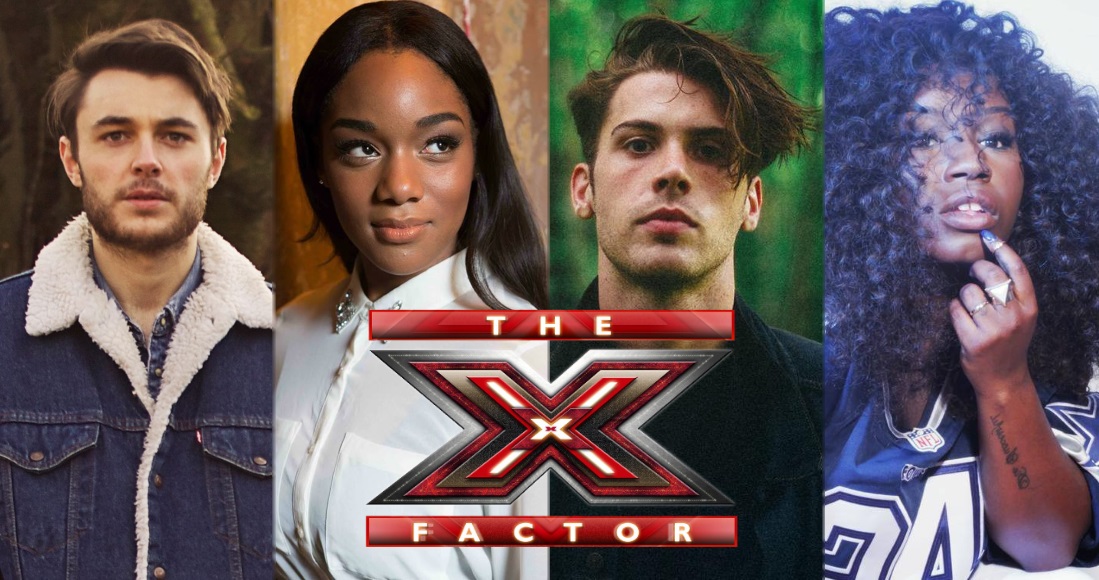 The X Factor has presented us with plenty of potential popstars over the years; some of whom we're all still quite fond of, others that are now a distant memory, and a few we can't erase from our minds - no matter how hard we try.

The contestants have churned out lots of music over the years, some more than others - and with varying degrees of success. We're all well acquainted with the hits of Little Mix, Olly Murs and One Direction etc etc, but did you know these tracks from X Factor alumni existed, and that a handful of them are - whisper it - rather good?

We're kicking off with perhaps the forgotten winner in the show's history, the Dannii Minogue-mentored Scot Leon Jackson, who looks rather different these days by the way. You'll probably remember his winner's single When You Believe and maybe even his first proper release Don't Call This Love is in the back of your mind. But do you remember the follow-up to that Number 3-peaking single, Creative? Probs not.

We think Leon was a bit hard done by with this one. Venturing into more of an easy listening style reminiscent of Michael Buble and Jamie Cullum, Creative is actually quite catchy - and we're surprised that the belting brass section and seductive backing vocals never caught on. Despite a prime time Children in Need performance to promote the track, it stalled at Number 94.

Kitty Brucknell - Glitter In The Sky

Kitty was brilliantly bonkers and totally loveable when she appeared on X Factor's eighth series (who could forget that hug from Lady Gaga?!). Post-show, Glitter In The Sky's ambitious video came as a result of funding from the parent album Glamour & Damage's Pledge Music release.

After the song failed to place on the Official Singles Chart, Kitty used material from her debut album to launch a campaign to represent both Switzerland and Moldova in the Eurovision Song Contest, but sadly she wasn't selected for either country. She's recently got back on a plane and now lives in Los Angeles.

Aiden Grimshaw - Is This Love

Look out of Aiden's 3 second cameo in this video.

There has been an unfortunate amount of artists that have somehow struggled to make it big post-XF despite their material smashing through the fourth wall. Aiden Grimshaw is one of those underrated talents.

His debut offering Is This Love peaked at Number 35 on the Official Singles Chart, despite praise from the general public and acclaim from the critics. Aiden's album Misty Eye (which features a sombre cover of Sia's Breathe Me) reached Number 19 on the Official Albums Chart and regrettably, we've not heard a lot from the Blackpool lad since :(.

Heeeere's Johnny! Johnny Robinson captured the nation's hearts with audition performance of Etta James' At Last back in Series 8, before shocking us with daring performances in a kimono and a shimmering silver raincoat during the live shows.

After his X Factor experience was over, he released a dance remix of Diana Ross' Eaten Alive, complete with Michael Jackson backing dancer (MJ produced the song... Diana's version that is). This one didn't chart but it's still heaps of fun.

There was a lot to love about Rachel Adedeji on XF's 2008 series. Her incredible tumble as she ran into the arms of Dannii Minogue aside, she also seemed like a pretty promising popstar at the time. She released her first and only single Follow The DJ independently, and while it's a bit rough around the edges, the look and hooks were all there. All is not lost however; earlier this year she remerged on our screens as a regular on Hollyoaks.

Misha B - Do You Think Of Me

Remember Louis Walsh's BFF Misha B? Misha didn't get on with Lulu at all, but that didn't stop her from finding success after she finished fourth in 2011. Her first single Home Run reached a respectable Number 11, but it wasn't until her next single that she hit the Top 10 with Do You Think Of Me, which bowed at Number 9.

Since then, Misha has released a second mixtape which featured Number 35 single Here's To Everything (Ooh La La), things have gone a little quiet in Camp B.

Spanish songbird Ruth Lorenzo wowed the UK in Series 5, her sing-off renditions of Prince's Purple Rain and Bob Dylan's Knockin' on Heaven's Door being two of the show's most memorable performances. Ruth tried to make it big in the UK with the release of her songs Burn and The Night, but she's since found a solid following (and chart success) in her home country of Spain.

In 2014, she came 10th in the Eurovision Song Contest with her song Dancing in the Rain, and recently won Your Face Sounds Familiar, a singing show that has celebrities impersonate different musicians each week. She performed as the likes of Marilyn Manson, David Bowie and Whitney Houston. Yes, this all actually happened.

Same Difference - We R One

Top notch armography on display in this one!

Same Difference were "down with the kids" back in 2007, hence the R in the song title. Brother and sister duo Sean and Sarah Smith were pop at its most bubblegum, and everyone loved it. We R One may be cheesier than a multipack bag of Wotsits but it reached Number 13 on the Official Singles Chart. Well done Sean and Sarah!

We reckon MK1 had the wrong mentor when they appeared on The X Factor back in 2012, coached by - you've guessed it - Louis Walsh. Performing music they later admitted wasn't really their cup of tea, they released Let Go after the series which was more their preferred hot beverage. The duo of Charlie and Sim even embarked on a full UK tour.

Laura White - You Should Have Known

A favourite back in Series 5, There was a collective gasp amongst viewers when Laura White found herself in the sing-off as early as week 5, when she was eliminated over Ruth Lorenzo. Quick history lesson: Ruth had already impressed in a prior sing-off belting out Purple Rain, and her passionate performance of Knockin' On Heaven's Door was favoured over Laura' Somewhere Over The Rainbow.

Since that shocker (perhaps only topped by Ella Henderson and James Arthur in the sing-off!) Laura had a good go at music, releasing You Should Have Known. The song peaked at Number 32. Since then, Laura has worked as a songwriter and helped write Charles Hamilton and Rita Ora's Top 40 hit New York Raining.

Carolynne Poole - I Love You But Shut Up

A former Fame Academy runner-up, Carolynne reemerged in 2011, making it all the way to Louis Walsh's judges houses stage. Although knocked back, she returned the following year and was put through to the live finals by Gary Barlow. Unfortunately for Carolynne, she was eliminated in Week 1 after the most dramatic deadlock ever witnessed against Rylan. It was Louis (again!) who voted against Carolynne and she left after receiving the least viewer votes.

Since then, Carolynne has made a name for herself on the UK country music scene. She has performed at Country 2 Country festival for the past three years and her sassy single I Love You But Shut Up was playlisted on BBC Radio 2, leading to a live session on the late Sir Terry Wogan's show.

Who have we missed? Leave your comments below...