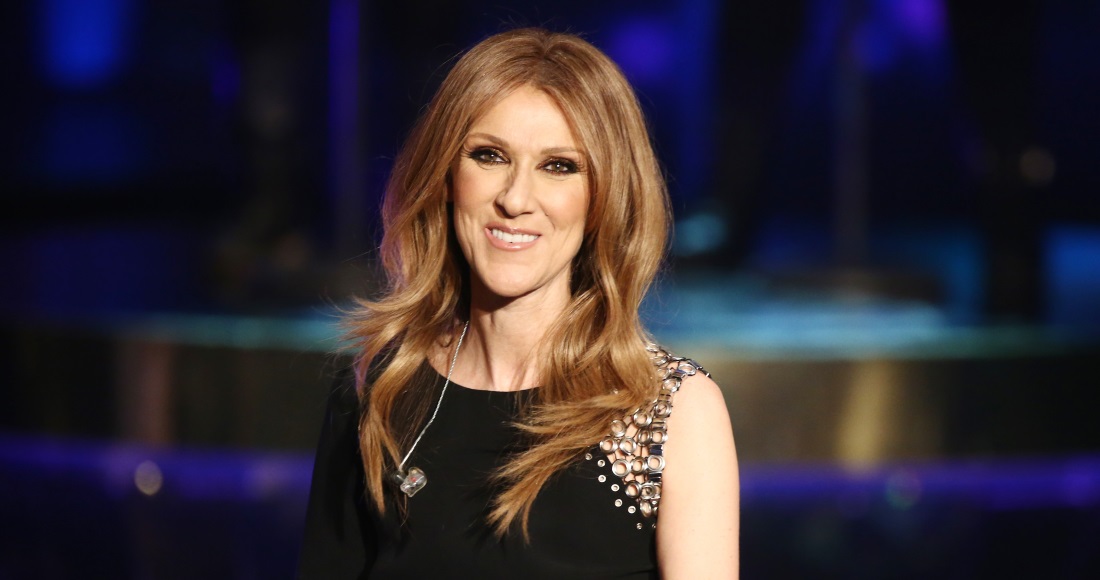 Celine Dion is nothing short of a music icon.

A former Eurovision winner, the French-Canadian artist has been a staple in music for the last 30 years, captivating audiences with her incredible vocal range and staggering array of showstopping ballads.

Having a career to monumental, Celine certainly has plenty of accolades to her name. Here, we list a few of her biggest.

She has two UK Number 1 singles, both are million-sellers

Not many musicians can say that one of their tracks has sold a million copies, never mind two of them. Celine is one of those lucky few who can shout it from the rooftops that she has a pair of million-sellers - Think Twice and My Heart Will Go On. They're also Celine's only two UK Number 1 singles, but what a cracking set to have. The cherry on-top is that Celine was the first woman in history to score two seven-figure shifters. Iconic.

She won the 1988 Eurovision Song Contest for Switzerland

Celine's big break in Europe came as a result of winning Eurovision in 1988, representing Switzerland. We're not sure why considering she's from Canada, but Eurovision isn't really about things making sense, is it (hi Australia)? Singing Ne Partez Pas Sans Moi, Celine beat the United Kingdom into second place by a single point. Talk about being jammy.

My Heart Will Go On netted her a BRIT Award

An artist as legendary as Celine has of course won a BRIT Award. Only one sadly, but it's the taking part that counts - and she's been nominated for four in total. Her single trophy gain at the UK's biggest music ceremony came in the form of Titanic's Best Soundtrack/Cast Recording prize. Plain sailing for Celine that year!

Near, far, wherever you are, you couldn't get away from Celine's Titanic single. It was everywhere back in 1997. One of the biggest selling singles of all-time, it is also the 6th biggest love ballad ever released. Fellow Canadian Bryan Adams got one over on Celine in this category, ranking higher on our countdown of the best selling sentimental numbers. Celine gets the last laugh though, as we'll see in a moment...

The most Juno Award nominations of all time? Celine, of course

When we talk about Celine, we have to talk about the Juno Awards, the BRITs counterpart in The Great White North. Celine has been nominated more times than any other act with 66 noms and 20 wins. Justin Bieber, Alanis Morissette, Drake and The Weeknd have nothing on her. And that's the way it is.

Celine has been vocal about not writing her own music, picking the best writers to work with on her killer power ballads. One of her buddies is Sia, everyone's favourite powerhouse vocalist from Adelaide. Sia wrote Celine's 2013 Top 40 single Loved Me Back to Life, a textbook belter that brought Celine's chart presence back to life - it was her first Top 20 for 11 years.

MORE: Sia's Official Top 10 biggest hits revealed - including the songs she gave away to other artists

Celine obviously has a star on the Canada Walk of Fame

If Celine wasn't on featured on this smorgasbord of top Canadian talent, then we would have been fuming. Thankfully she's not all by herself either. Celine was inducted onto the Toronto walkway in 1999, and is joined by the likes of Jim Carrey, William Shatner, Kim Cattrall and Ryan Reynolds. That's a dinner party we'd like an invite to.

I'm Alive is on the soundtrack to Stuart Little 2

Yes, this did actually happen. Celine's I'm Alive is the headline release from the film's score. A bizarre career move, but one that worked; Celine's 20th Top 20 single was in the bag as a result. In addition to that and the amazing video featuring Celine inside a clock (us neither), the songstress has belted out some more soundtrack singles. She also put her pipes to good use on Beauty and the Beast and My Heart Will Go On.

She has 5 Grammys on her mantlepiece

Being one of the most decorated artists in history, it comes as no surprise that Celine has won 5 Grammys over the years. All of her wins are in different categories too, because she's that legendary: Record of the Year; Best Female Pop Vocal Performance; Album of the Year; Best Pop Album; and the very easy to say Best Pop Performance by a Duo or Group with Vocal with Peabo Bryson. Which brings us to...

Celine has collaborated with some of the very best

Not only has Celine had success singing on her own, she's fared well roping some of her suitably eclectic bunch friends along for the ride. Dion can say she has worked with some of the music world's elite, having sung with with Barbra Streisand, Ne-Yo, Frank Sinatra, Stevie Wonder, Peabo Bryson, Josh Groban, Il Divo, The Bee Gees, Andrea Bocelli, Paul Anka, and R. Kelly. We bet Celine's phonebook is mental. We're big fans of the emotional All the Way, her heartstring-tugger with Frank Sinatra.

Celine has hit the Albums Chart top spot 5 times over the course of her career, gracing the Top 10 on 11 occasions. All of her collections have altogether spent 513 weeks on the chart - that's over 9 years in total. AKA a long bloody time. Congratulations Celine.