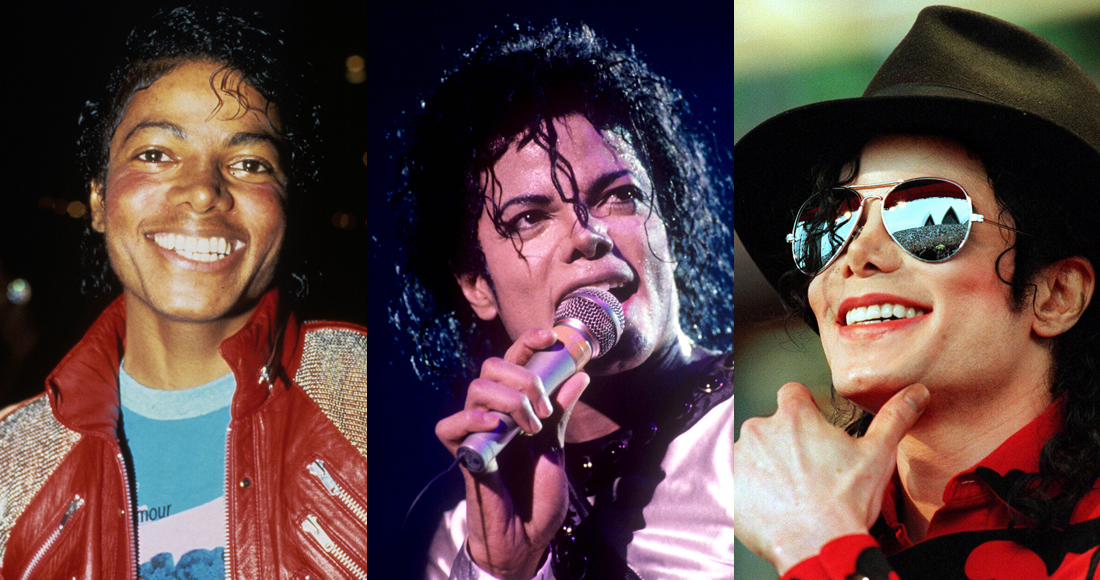 Today (August 29) marks Michael Jackson's 60th birthday. Passing away over nine years ago just weeks shy of his This Is It residency at London's O2 Arena, Michael's music has continued to captivate fans old and new, and is as relevant now as it always has been.

With a career as long and as public as Michael's you might think there was nothing left to discover about the King of Pop, but fear not, we've got some surprising – and some not so surprising but still pretty interesting tbh – facts for you.

Got To Be There, Rockin' Robin, Don't Stop 'Til You Get Enough, She's Out Of My Life, Beat It, Say Say Say, Bad, The Way You Make Me Feel, Man In The Mirror, Dirty Diana, Leave Me Alone, Remember The Time, Heal The World, Give In To Me, Scream, They Don't Care About Us, Why, Stranger In Moscow, HIStory/Ghosts, You Rock My World, One More Chance and Don't Matter To Me (with Drake), plus his Number 1 singles One Day In Your Life, Billie Jean, I Just Can't Stop Loving You, Black or White, You Are Not Alone, Earth Song and Blood on the Dancefloor. Throw in his appearance on USA For Africa's We Are The World and that's an eighth Number 1 and 30th Top 5 entry. AMAZING.

He demoed one of his biggest hits in a video game

Michael was always one to throw a curveball, and this was a prime example. Michael and his touring keyboardist Brad Buxer has been asked to compose music for the SEGA Genesis and Mega Drive game, Sonic The Hedgehog 3, with Brad confirming the rumour in 2009. Although Mike eventually dropped out of the project, an early cut of Stranger in Moscow still features in the game's credits. Stranger in Moscow ended up becoming one of Michael's most personal tracks and hit Number 4 in 1996. Listen to a comparison below.

Michael once had FOUR Top 5 albums at the same time

A few weeks after Michael's death on June 25th, 2009, fans were still purchasing his back catalogue in their droves. On July 12th that year, Michael's compilation The Essential was Number 1 while Off The Wall was Number 3, Thriller was Number 4 and Number 5 was occupied by The Motown Years. No act before or since has ever replicated this milestone, further proving that Michael was simply unstoppable.

MORE: The UK's 60 official biggest selling albums of all time, including Michael's Thriller and Bad

"GIVE ME SOME STARLIGHT!" Before Thriller became all about the grisly ghouls and werewolves, it was a much more uplifting number. Written by Michael alongside Rod Temperton, Starlight was born, but Michael wasn't all too keen, wanting to appeal a younger demographic. The song then took a terrifying twist, moving away from the interstellar theme toward the general undead Halloween vibe we all know and love. Michael's extraterrestrial curiosity wasn't over, however and Michael would revisit outer space four years later for his Captain EO movie.

MORE: Thriller only got to Number 10?! That and more surprising ChartFacts

The King of Pop wasn't known to collaborate often, but when he did, he got it bang on the money. Outside of his mega-collab with the rest of USA For Africa, Michael has had Top 40 success with his sister Janet Jackson, will.i.am, Slash, Akon, Stevie Wonder, Eddie Van Halen, Sir Paul McCartney, Rockwell, Siedah Garrett, Rockwell and even royalty in Princess Stephanie of Monaco, whose silky, and unmistakably regal, tones are the uncredited female vocals on In The Closet. Fast-forward to 2018 and unreleased vocals of MJ's from 1983 were used on the Number 2 hit Don't Matter To Me with Drake.

While we loved Whitney Houston's collab with Michael's brother Jermaine, the real event would've been a team-up with Michael himself (soz Jermaine). Michael originally wanted Whitney to sing Siedah Garrett's lines on I Just Can't Stop Loving You, but Whit's label Arista turned the duet down amid fears she would be overexposed, as she'd only just released her debut album. Overexposed! Imagine someone worrying about that in 2018! 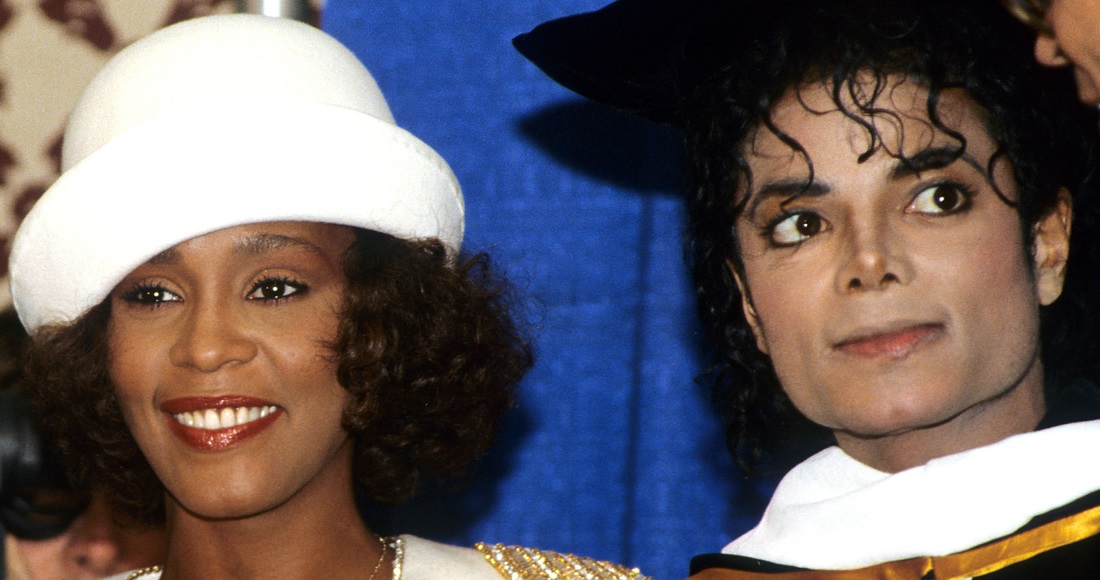 Years down the line, the legendary singers were scheduled to hook up on Whitney's hit If I Told You That together, but Michael's schedule couldn't permit the studio time, according to the song's producer Rodney Jerkins. George Michael famously provided his vocals instead. Finally, songwriter Claude Kelly penned Hold My Hand with Akon and both had Whitney in mind as a collaborator. After finishing the track, Akon was so chuffed with his work that he decided to sing it with Michael instead. Thanks a bunch Akon!

Another record Michael broke after his death was the most concurrent singles in the UK Top 100. On July 5th 2009, Michael logged 31 Top 100 singles, plus another 5 with The Jacksons and 1 with his sister Janet. 13 of those (all solo) returned to the Top 40, a record that held up for over seven years until a certain Ed Sheeran came along.

MORE: The albums that spawned the most Top 10 singles, featuring Bad and Dangerous

He was happy to hand over potential hits to his siblings

We know Janet, we know Jermaine, we know LaToya, but what about Rebbie, the eldest of all the Jackson children? Michael, being the good brother that he was, wrote a song for her in the hope she could get some limelight of her own. Despite Michael's magic touch, and a guest appearance on backing vocals, the song was never a hit in the UK, but it should have been – what a bop. Thankfully, the US took to it better, where it peaked at Number 24. And then there's the video... wow. The lightning, the shimmying, the tiger(!) – need we go on?

The studio album with most Number 1s? It's not the one you think…

While Thriller is the world's best selling album and Bad is often praised as Michael's finest work, it's HIStory that features two Number 1 singles, more than any other of his studio collections can claim. HIStory spawned chart-topper You Are Not Alone and Earth Song, which is Michael's best-selling single in the UK and his only million seller. Not only that, Earth Song was also the Official Christmas Number 1 in 1995.

Imagine if Michael Jackson just casually popped into your office? Well this did in fact happen in 2006 when Michael visited Guinness World Records HQ in London. Michael had a tour of the building before sitting down in front of the entire workforce to receive the award for Most Successful Entertainer Of All Time. Legend may be an overused word, but when it comes to Michael, it's justly deserved.