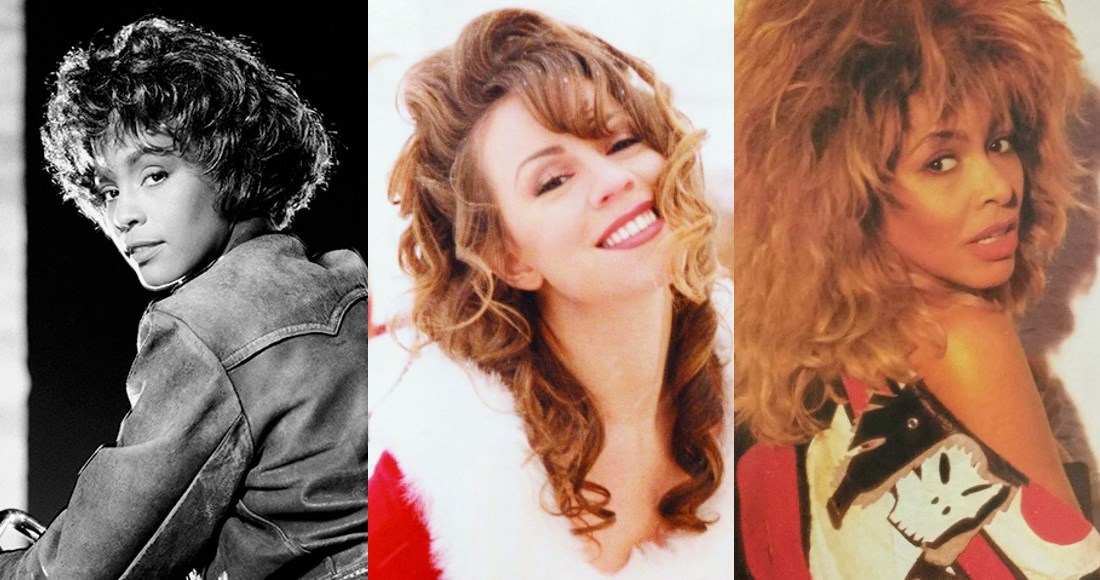 Last week marked the start of Black History Month, where from 1 October - 31 October, an annual observance recognised in, amongst other places, the UK and the US.

It's a time when we all must remember, reflect and celebrate the Black voices that contributed (and still contribute) to our culture and way of life, and of course the music industry is no exception.

From the tragic, real-life stories of pop culture icons Whitney Houston and Nina Simone, to the rise of hip-hop as a modern art-form and the Black artists toiling behind-the-scenes to support your favourite artists, these are the 10 must-watch music documentaries you need to entertain and educate yourself this Black History Month.

1. Tina Turner: The Girl From Nutbush

Tina Turner may be a bombastic live performer and one of the most well-known and beloved pop stars of all time, but it certainly wasn't all plain-sailing for the icon. Charting Tina's life from her beginnings in the town of Nutbush, to her abusive relationship with husband Ike Turner and her emancipation then solo stardom, The Girl From Nutbush demonstrates Tina's remarkable determination, grit and talent.

20 Feet From Stardom is not a film about solely Black voices, but its no coincidence that many of its featured players are powerful and soulful Black women who made their name not as solo artists, but as backing vocalists for acts such as Bruce Springsteen and Elton John. Featuring Darlene Love, Claudia Lennear and Lisa Fischer, this is film shines a spotlight on the women behind the scenes of some of the most popular songs of all time and finally gives them a voice.

3. My Mic Sounds Nice: The Truth About Women and Hip Hop

This gem is actually directed by acclaimed filmmaker Ava DuVernay in 2010, before she became well-known for helming film projects like Selma and A Wrinkle In Time. My Mic Sounds Nice may be a decade-old this year, but sadly it still feels more relevant than ever - a dissection of the precarious place female acts have in the world of hip-hop.

Although you may have never heard of Clarence Avant, he was a titan of the music industry - an inspiration for many Black musicians and artists who would go on to entertain millions, such as Michael Jackson producer Quincy Jones, Kenneth 'Babyface' Edmonds and dynamic duo Jimmy Jam and Terry Lewis.

5. Mariah Carey is Christmas: The Story of All I Want For Christmas Is You

A much shorter watch than other films on this list, this 10-minute short helmed by the Queen of Christmas, Mariah Carey herself, go behind-the-scenes of the inspiration behind the greatest modern Yuletide classic. From its initial inception to its writing and production by Mariah and co-producer Walter Afansieff, there's nothing better to get yourself in the Christmas spirit.

MORE: The songs that spent the most weeks inside the Official Singles Chart Top 10

Helmed by filmmaker Kevin Macdonald (best known for the thrillers Last King of Scotland and State of Play), Whitney is a reverential glance into the life of the voice of a generation. From the highest-highs (her record-breaking run of consecutive US number 1 singles) to the lowest-lows (her tumultuous marriage to Bobby Brown and subsequent drug abuse and tragic death), Whitney will give you a new perspective and greater appreciation for a truly singular pop star.

Featuring never-before-heard recordings and behind-the-scenes footage, What Happened, Miss Simone? gives a look into the life and legacy of the soul singer Nina Simone, from her fusion of gospel and pop stylings, her civil rights activism and her struggles with mental health and substance abuse.

Quincy Jones is best-known as the man behind some of the biggest albums of all time, most notably Michael Jackson's generation-defining, blockbuster releases Thriller and Bad. Directed by his own daughter, Parks and Recreation star Rashida, the film offers unprecedented access into the producer's personal life, and the making of some of the greatest records of all time.

A TV mini-series available on Netflix rather than a movie, Rapture offers access into the lives and homes of nine well-known rap acts including T.I, 2 Chainz and Nas. Rapture is not just focused on the personal, however, but dissects the many thriving (and differing) areas of the US rap scene from hotspots in Atlanta, New York and California. It's an educational watch of just how different areas and cultures have contributed to the evolution of rap.

Another TV series to dive into, Hip-Hop Evolution does just that - charting the origins of the genre in its earliest decades, with access to pioneering acts such as Grandmaster Flash and the Furious Five, to interviews with some of modern rap's most influential auteurs such as LL Cool J, the surviving members of NWA and Dr Dre.