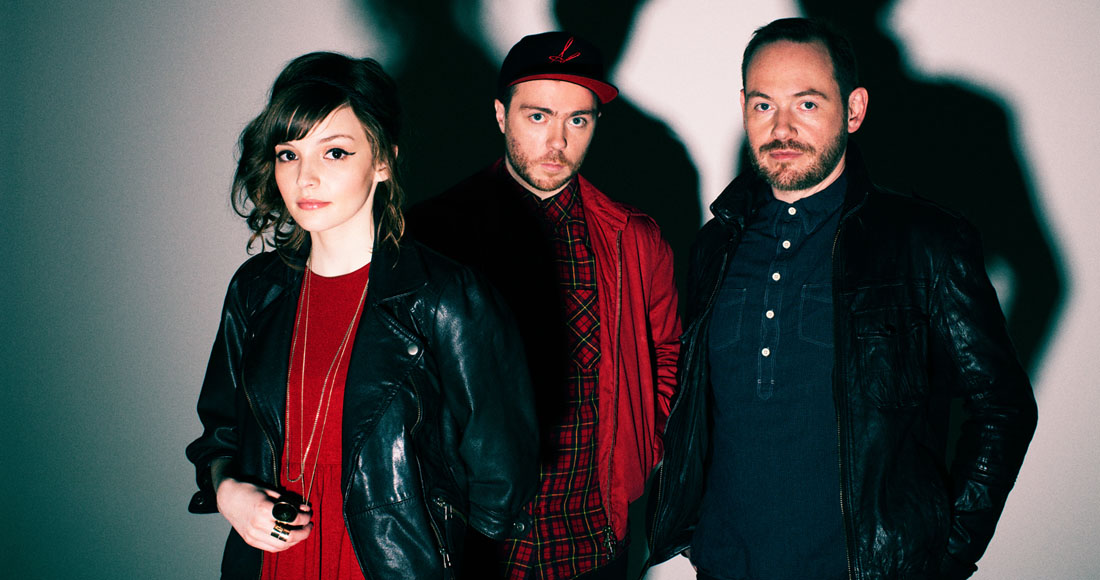 Chvrches is a band from Glasgow, Scotland, formed in September 2011, and consisting of singer, songwriter Lauren Mayberry (born in Glasgow, October 7, 1987), keyboardists Iain Cook (born in Glasgow, November 2, 1974) and Martin Doherty (born in Clydebank, December 24, 1982). Chvrches began when Cook produced an EP by Blue Sky Archives which Mayberry was a member of, and encouraged her to sing backing vocals for a project he and Doherty were working on, and the three of them quickly bonded and decided to invent a band. Chvrches opted for a V instead of a U as they didn’t want to get confused with actual churches in search engine results, and it was also a nod to the brief ‘witch house’ scene from the early 2010s. Chvrches have had a string of hit songs, and broke into the UK Official Single Chart top ten in collaboration with Marshmello on 2019’s Here With Me.