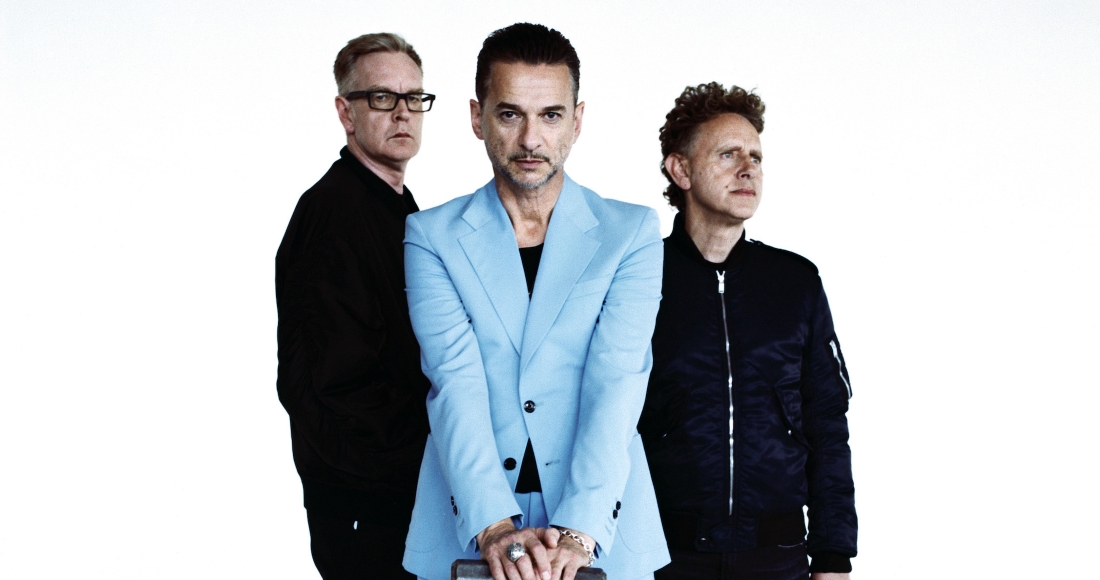 Depeche Mode are an English synthesizer-based outfit who formed in Basildon, Essex in 1980. Depeche Mode’s original line-up featured keyboardist and songwriter Vince Clarke (born July 3, 1960 in South Woodford), keyboardist, singer and songwriter Martin Gore (born July 23, 1961 in Dagenham), keyboardist Andy Fletcher (born July 9, 1960 in Nottingham) and singer and songwriter Dave Gahan (born May 9, 1962 in Epping, London). Depeche Mode made their top 11 chart debut in June 1981 with their second single New Life, however after the success of its follow-up Just Can’t Get Enough, Vince Clarke left the band at the end of 1981 for pastures new (most notably Erasure). Depeche Mode filled the Vince gap with keyboardist Alan Wilder (born Hammersmith, June 1, 1959) in 1983 who stayed with the band until 1995, and they proceeded to become one of the biggest UK acts of the decade. Depeche Mode have had 54 songs in the UK Official Singles Chart and 17 top 10 albums including two UK Official Album Chart Number 1s – Songs of Faith and Devotion in 1993 and 1997’s Ultra. Depeche Mode have sold more than 100 million records worldwide, and their biggest song success came with the BRIT Award winning single Enjoy The Silence in 1990. Depeche Mode’s award haul has been surprisingly scant over the years, with the most notable being Martin Gore winning an Ivor for International Achievement in 1999. Depeche Mode also have had 42 Top 40 songs on the Official Singles Chart, but the closest they've come to the top spot is Number 4 on three occasions, People Are People (1984), Barrel Of A Gun (1997) and Precious (2005).