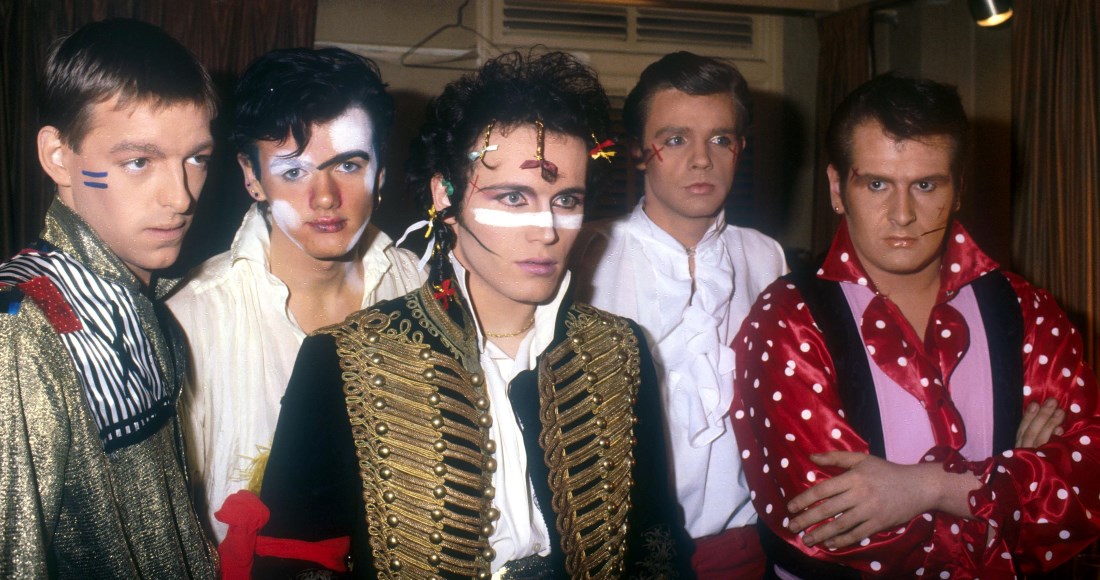 Adam and the Ants were an English rock band who formed in 1977, and whose classic line-up consisted of head ant and lungsmith Adam Ant (born Stuart Leslie Goddard on November 3, 1954), guitarist and co-writer Marco Pirroni (born 27 April 1959 in London, England), drummer and producer Chris ‘Merrick’ Hughes (born March 3, 1954 in London, England), additional drummer Terry Lee Miall (born November 8, 1958) and bassist Gary Tibbs (born January 25, 1958 in Northwood, Middlesex). Adam and The Ants were formed in 1977 as The Ants, with Adam and a selection of punkers who’d met at Vivienne Westwood’s racy Sex boutique. Adam and the Ants were initially deemed a bit of a joke by the serious music press, however by 1980 and a handful of personnel changes, Adam and the Ants had built up a legion of adoring Antpeople (fans, not mutants) who followed the band everywhere, lured by the sound by their Burundi drumming and screaming, and soon took to wearing white stripes across their noses in tribute. Adam and the Ants were a massive deal across 1980 and 1981, with two UK Official Album Chart Number 1s (the BRIT Award winning Kings of the Wild Frontier and Prince Charming) and two UK Official Singles Chart Number 1s in the form of 1981’s Stand and Deliver and Prince Charming, and would have enjoyed more had Antmusic and Kings of the Wild Frontier had not been kept off the top spot by a freshly-murdered John Lennon. Adam and the Ants were essentially done by the release of Prince Charming, with an escalating trade in previous labels cashing in on their success in 1982. Adam Ant went solo almost instantly, drummer Chris Hughes ventured further into production (twiddling knobs for Tears For Fears’ Songs From The Big Chair) and Marco was last seen performing with Shakespears Sister. Image: Andre Csillag/Shutterstock
View Comments
comments powered by Disqus